Chelsea ‘are approaching agreement with Barcelona over a deal for Pierre-Emerick Aubameyang’, with a deal for the 33-year-old striker culled by Arsenal ‘close’ as Catalans demand £21m

By Max Mathews For Mailonline

Chelsea are ‘close’ to sealing the transfer of Pierre-Emerick Aubameyang from Barcelona, according to reports.

Sportsmail reported on Friday the Blues were optimistic of making a deal happen for the veteran striker.

And now Sky Sports claim Thomas Tuchel’s side are in advanced talks with the Spanish giants to sign Gabonese star Aubameyang. 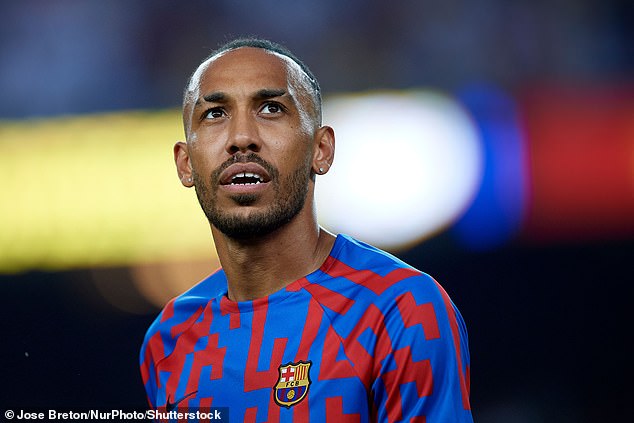 The value of the deal is thought to be between £15-25million, with Barca demanding £21m for the 33-year-old but Chelsea hoping to sign him for a fee towards the lower end of that scale.

Premier League side Chelsea were also keen to include defender Marcos Alonso as a makeweight in the deal, but Xavi’s side want straight cash.

The cash-strapped LaLiga outfit want the money up front to help enable them to register the signing of centre back Jules Kounde from Sevilla.

Sportsmail had revealed discussions between the clubs were positive and the player would be fully open to joining if a fee were agreed, making a switch an increasingly realistic prospect.

Aubameyang joined the Spanish giants from Arsenal in January 2022, but has fallen down the pecking order following the summer arrival of talismanic Pole Robert Lewandowski despite scoring 13 goals in 24 games in all competitions for the club. 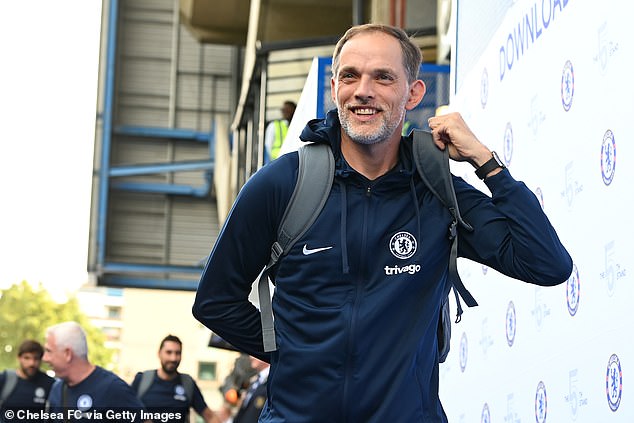 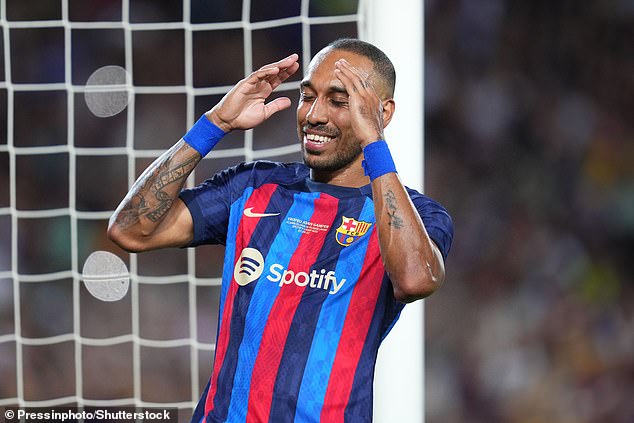 Barcelona manager Xavi has expressed his desire to keep Aubameyang in Catalonia, although it is thought that the sale may relieve some of the club’s well-documented financial straits.

Speaking at a press conference last Friday, Xavi said: ‘I am counting on him. I’m really delighted with him, he can help us.

‘Those I am not counting on already know, they know won’t play. Between now and 31 August, different things can happen, but I like Auba, he can help us.’

The Blues lack an out-and-out striker after Romelu Lukaku’s loan return to Inter Milan earlier in the summer.