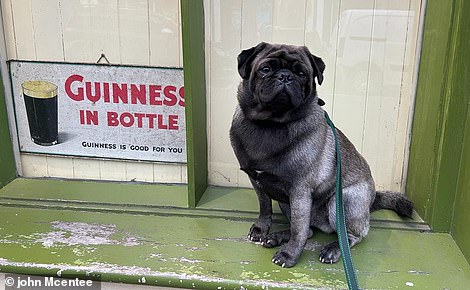 John McEntee took his pet pug Guinness, pictured, to County Kerry via a ferry from Pembroke to Rosslare

When Queen Victoria visited Killarney with her adored Pekinese Looty in 1861 the pampered pet became the first canine tourist from Britain. Since then thousands of dogs have visited the Emerald Isle from the UK with their owners.

Until Brexit, these doggies enjoyed the Common Travel area between the two countries. They simply boarded a plane or ferry with their owners without any paperwork.

We brought our pug Guinness (so called because his hue resembles a half-poured pint of the Irish stout) to Dingle in County Kerry via Irish Ferries from Pembroke to Rosslare. 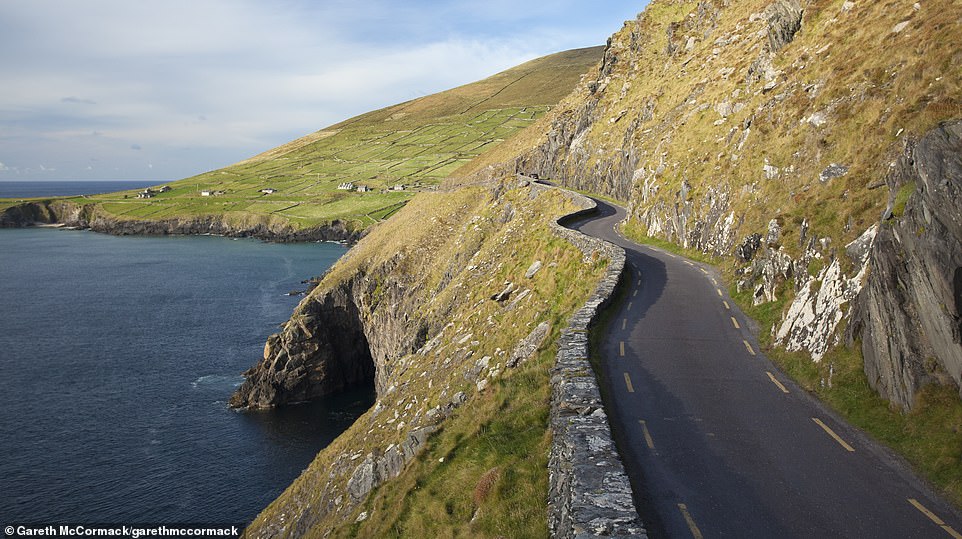 A view of the coast road at Slea Head on the Dingle Peninsula – John and Guinness’s final destination. Until Brexit, dogs enjoyed the Common Travel area between Ireland and England, but in order to travel with Guinness, John had to get an eight-page travel document from a UK vet and arrange rabies and worming injections

In advance, we had to get an eight-page travel document from the UK vet. This was in addition to rabies and worming injections. (Despite the absence of rabies in both countries.)

We also had to book a Dingle vet to complete the returning paperwork and give Guinness another worming injection before he pointed his wet nose in the direction of Rosslare. Turning up for the required treatment on our last day the vet’s wife apologised for his absence. 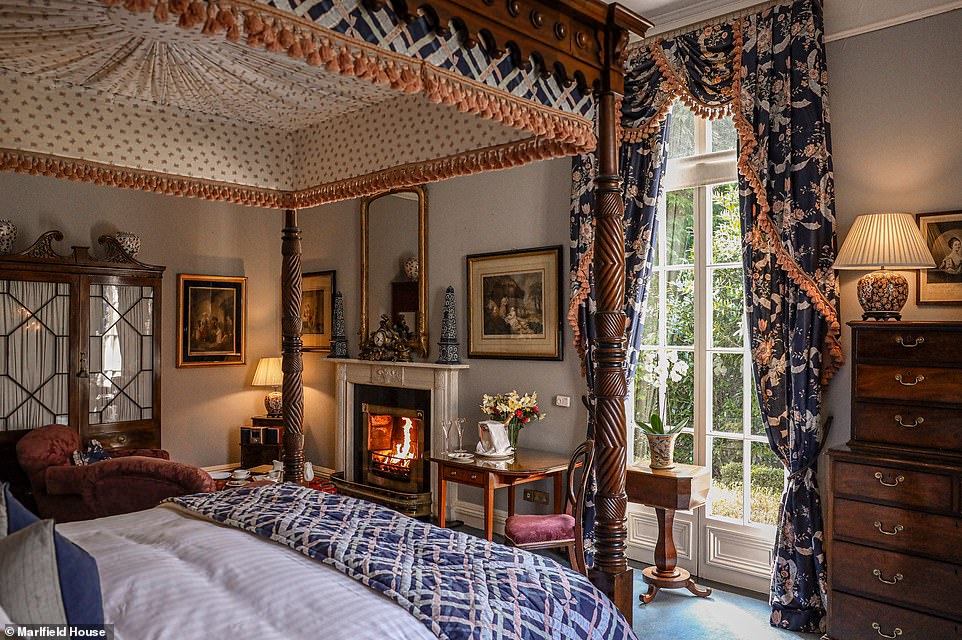 John and Guinness soaked up the ‘Georgian splendour’ of Marlfield House near Gorey in Wexford. Above is one of the guest rooms 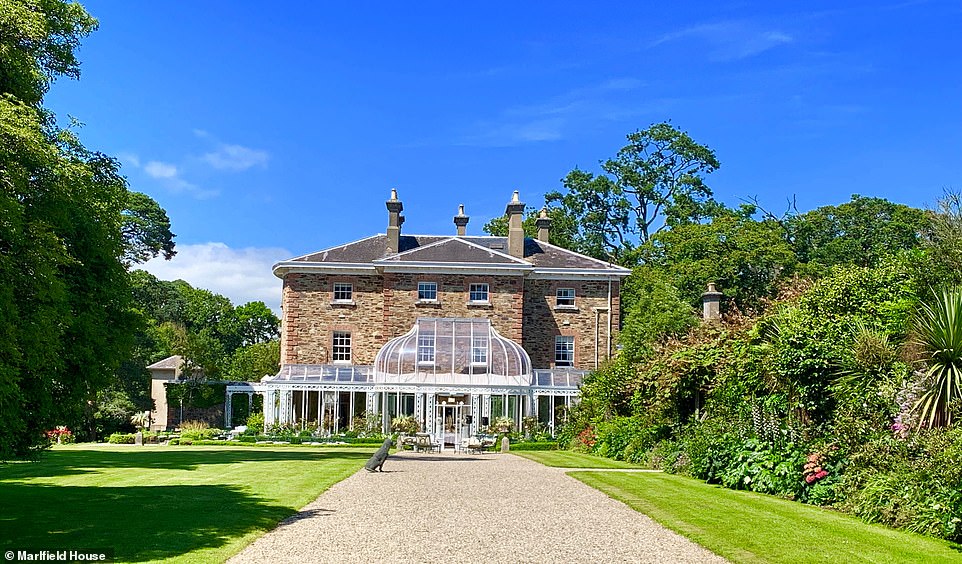 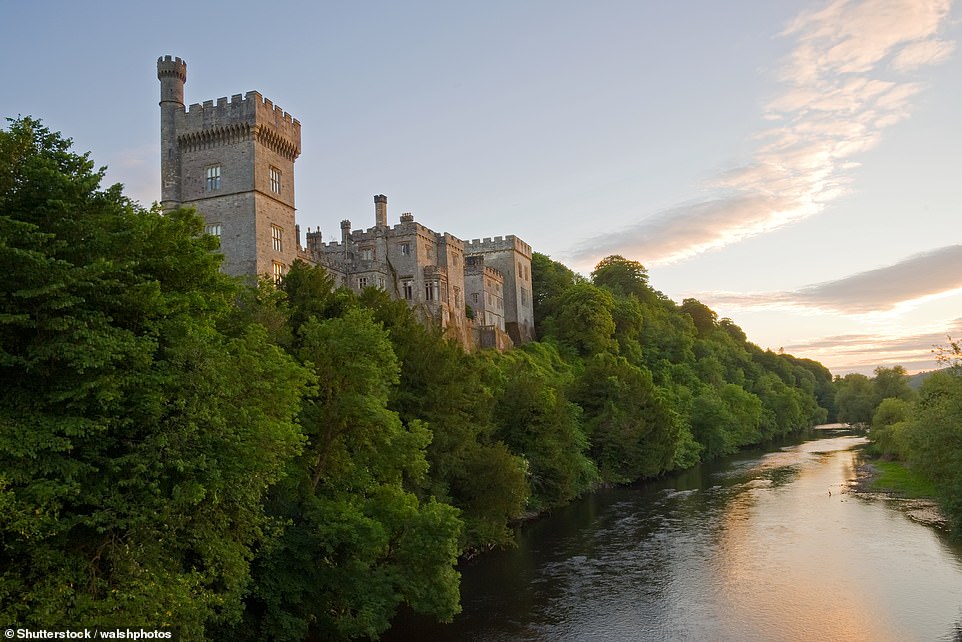 On his journey to Dingle, John drove past the Duke of Devonshire’s Lismore estate in Waterford, pictured above 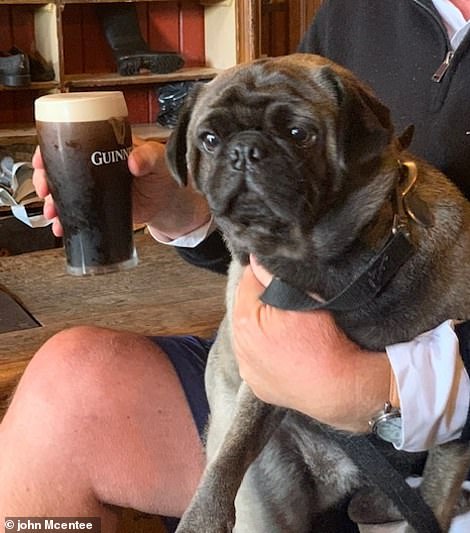 Our outward journey – the gruelling five-hour journey from London – we broke with an overnight stay in the basic Days Inn at Magor in Wales (£65).

After arriving in County Wexford following the four-hour sailing when Guinness resisted the kennels provided (he slept in our Fiat 500 with the sunroof open) we drove the 50 miles to the Georgian splendour of Marlfield House near Gorey.

’We only take small well-behaved dogs,’ she explained as Guinness slipped his lead, ran through the French windows and romped through the 40-acre (16 hectares) gardens and demesne.

After that it was a four-hour drive past the Duke of Devonshire’s Lismore estate in Waterford, pootling along meandering roads through Waterford and Cork to Pax House in Dingle, a luxury dog-friendly bed and breakfast with jaw-dropping views over Dingle Bay. 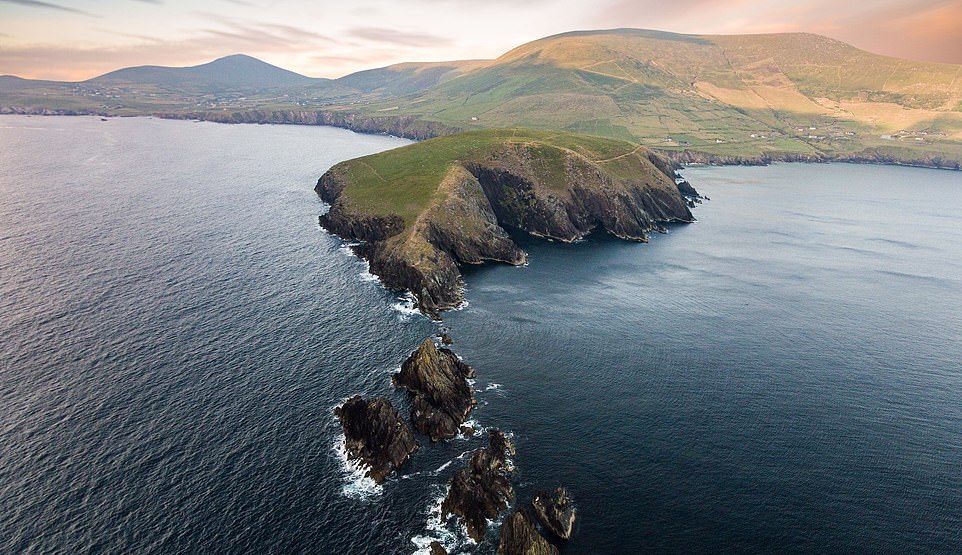 During their time in Kerry, John had to book an Irish vet to complete the returning paperwork for Guinness. Above is the county’s Dunmore Head 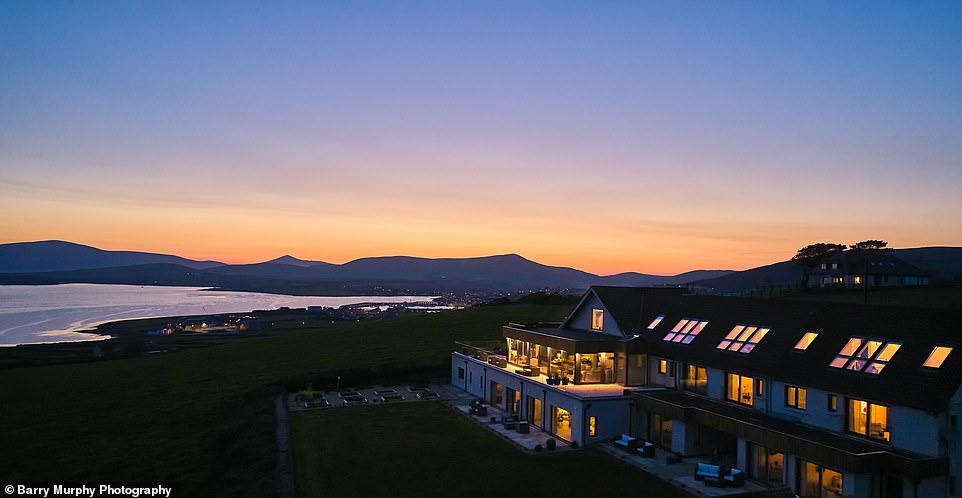 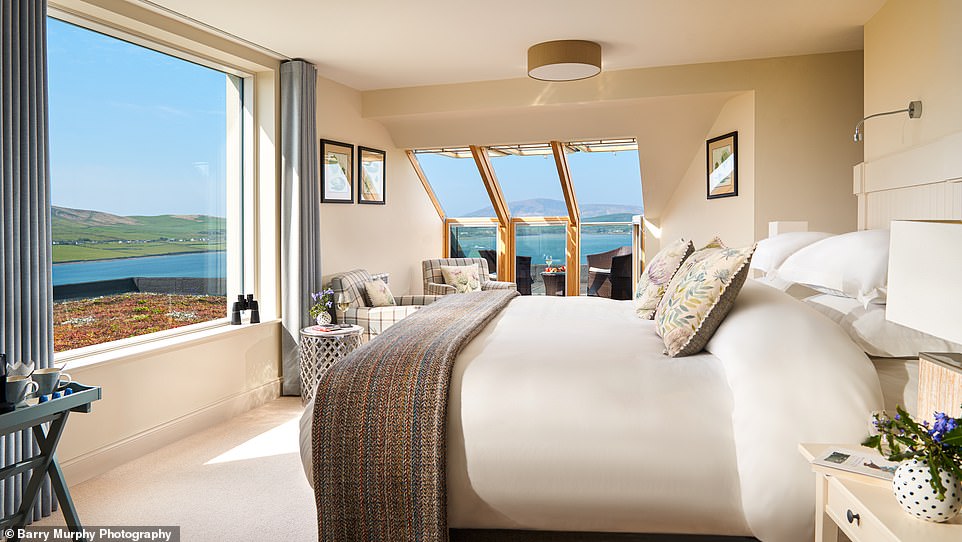 Pax House owner John O’Farrell prepared sausage breakfasts encased in swan-shaped tin foil for Guinness. Above is one of the B&B’s rooms with a view 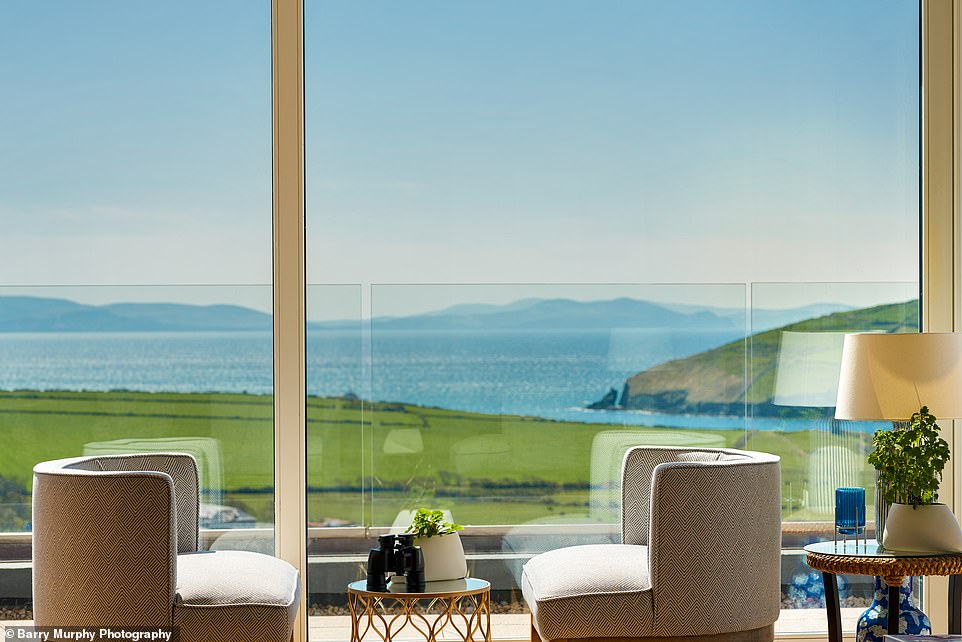 Uncharacteristically for a pug, Guinness relished swimming. He was unfazed by his first immersion in Atlantic breakers at magisterial Inch Beach.

This was the site of Sarah Miles being tracked by suspicious husband Robert Mitchum in director David Lean’s epic Ryan’s Daughter.

The publican calculated he had consumed half of Ireland’s import of the Scotch for 1969. 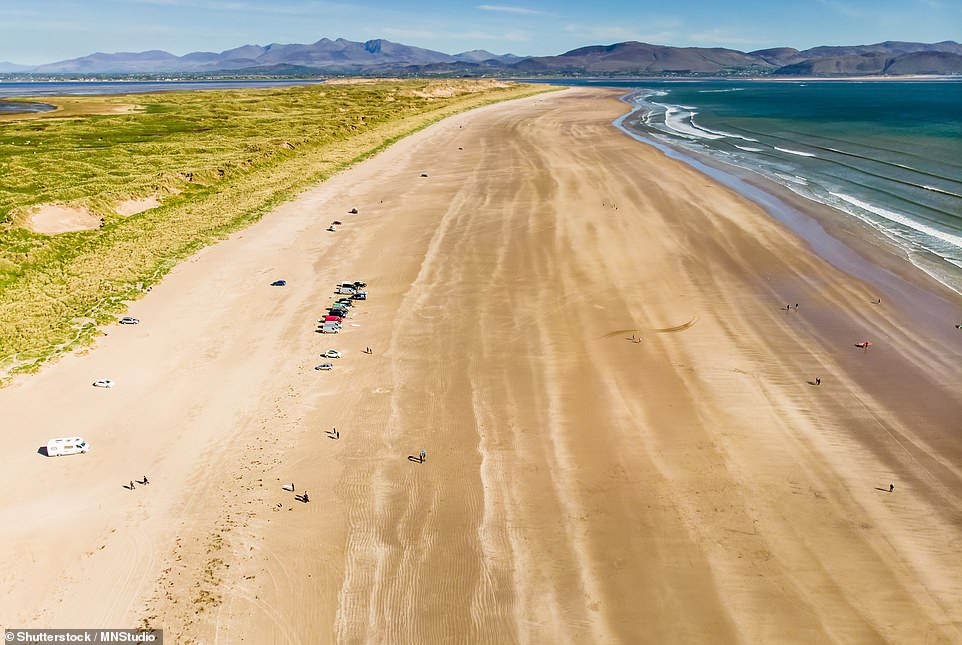 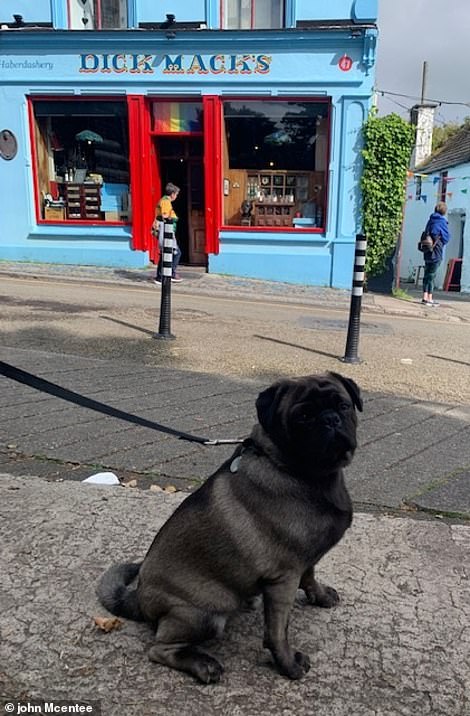 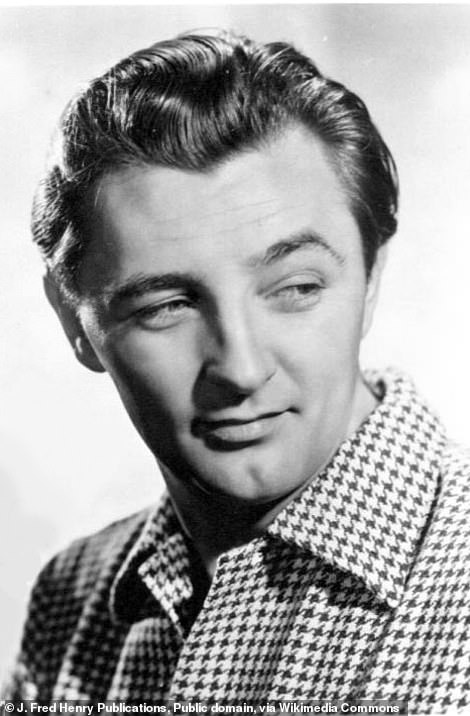 On the left is Guinness outside legendary Dingle pub Dick Mack’s. Actor Robert Mitchum, pictured right, was known to drink his favourite Chivas Regal at the pub while filming Ryan’s Daughter

There Guinness was convinced of his own popularity. Regular orders bellowed: ‘Three pints of Guinness and a glass of Guinness’ triggered barking and theatrical howls.

On the day before his departure, entered in the West Kerry Dog Show he won his category.

The rosette and trophy left him non-plussed. As was his shortlisting for Best in Show.

Vetoed, alas by locals wondering who this porter-coloured foreign dog was.

Irish Ferries offers a choice of cruise and fast ferry services between Holyhead and Dublin, and between Pembroke in South Wales and Rosslare. Fares start from £119 each way. Pets travel free, however, they must be prebooked (www.irishferries.com/uk-en/Travel-to-Ireland).

Give this town a medal: A visit to the winning Shropshire spot that inspired the modern Olympics