Liz Cheney has launched a new political-action committee dedicated to defeating members of Congress who backed Donald Trump’s claim of a rigged election.

The 56-year-old Republican, who on Tuesday lost her seat in the House due to her condemnation of the former president, filed with the Federal Election Commission to transfer the remaining cash from her federal campaign account to her new PAC.

As of the end of July, she had a $7 million war chest, The Wall Street Journal reported.

‘I’m going to be very focused on working to ensure that we do everything we can not to elect election deniers,’ Cheney said on ABC on Sunday morning.

‘We’ve got election deniers that have been nominated for really important positions all across the country.

She singled out two senators – Ted Cruz, for Texas, and Missouri’s Josh Hawley – as obvious targets. 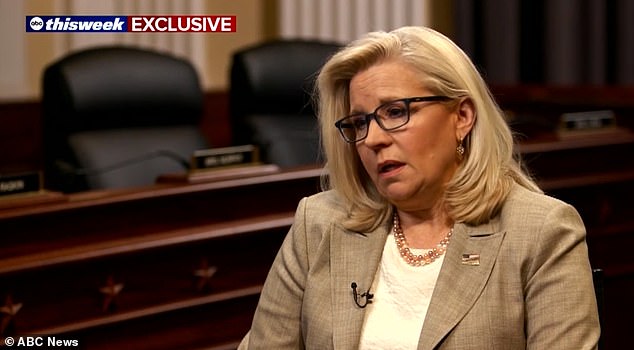 Representative Liz Cheney has founded a new PAC to unseat Republicans she sees as ‘unfit for office’, after they backed Donald Trump’s claim that the election in 2020 was rigged 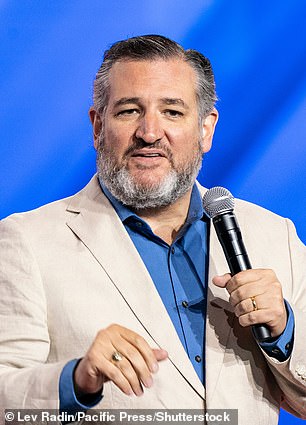 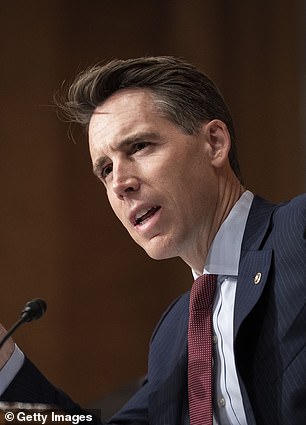 Cheney singled out Ted Cruz (left) and Josh Hawley (right) as targets for her new PAC, which aims to unseat Republicans she believes are bad for democracy

Cheney said the pair ‘took steps that fundamentally threatened the constitutional order and structure in the aftermath of the last election.

‘So, in my view, they both have made themselves unfit for future office,’ she added.

She also mentioned Ron DeSantis, the governor of Florida.

A spokesman for Cruz said: ‘Sen. Cruz doesn’t need or want soon-to-be-former Rep. Liz Cheney’s endorsement, and he wishes her the best of luck in the 2024 Democrat presidential primary.’

A spokesman for Hawley said: ‘We wish her the best.’

The Wyoming Republican further said that Minority Leader Kevin McCarthy should not become speaker of the House if her party wins in November, because he is ‘unfaithful to the Constitution.’

‘The speaker of the House is the second in line for the presidency,’ she said.

‘It requires somebody who understands and recognizes their duty, their oath, their obligation.

‘And he’s been completely unfaithful to the Constitution and demonstrated a total lack of understanding of the significance and the importance of the role of speaker.

‘So I don’t believe he should be speaker of the House. And you know, I think that’s been very clear.’ 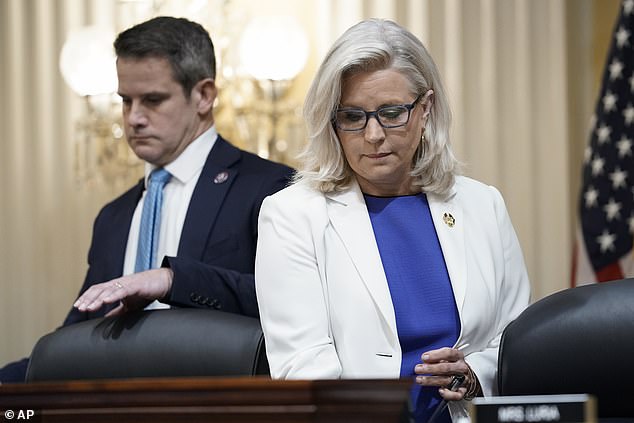 Cheney is one of the two Republicans on the House select committee probing the January 6 Capitol attack. She is joined by Rep. Adam Kinzinger (left), who is not running for reelection

Jonathan Karl, ABC News interviewer, asked: ‘You think the country would be worse off if he were speaker of the House?’

She replied: ‘I don’t believe he should be speaker of the House.’

Cheney is one of the two Republicans on the House select committee probing the January 6, 2021 Capitol attack.

She is joined by Representative Adam Kinzinger of Illinois and seven Democrats.

Trump made it his revenge mission to get Cheney booted from her House seat in Wyoming.

The primary elections on Tuesday proved the former president successful when Cheney lost to the Trump-backed challenger Harriet Hageman by 37.4 points.

Trump said that Cheney’s loss has cast her more into the media spotlight, and caused a series of interviews he claims ‘nobody wants to hear.’

‘The Fake News Media has badly soiled Liz Cheney, who has just suffered the biggest defeat of a sitting Congressperson in history (broke the record of another Impeacher, Tom Rice of South Carolina!), losing by 40 points, all over the place doing interviews that nobody wants to hear,’ Trump wrote on social media.

‘No wonder their ratings are sooo BAD,’ he continued.

‘Her record setting horrible results were a referendum on the Unselect Committee of political Hacks and Thugs, of which she is definitely one! Amazing how they keep her on the air?’ 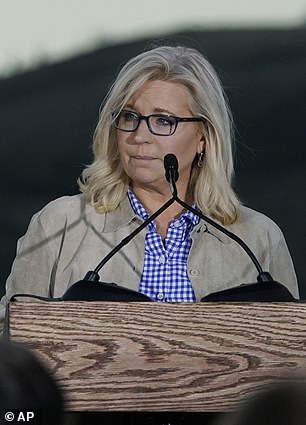 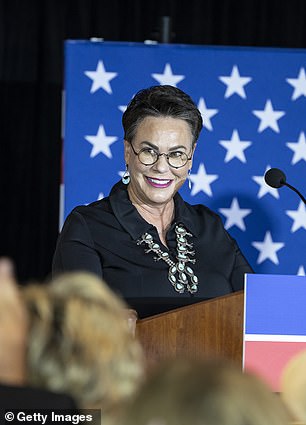 Upon joining the panel, created by Senate Leader Nancy Pelosi, attempting to prove a link between Trump’s rhetoric and the attack transpiring, Cheney lost favor with the party.

She lost her No. 3 House Republican spot as conference chairwoman and was censured by the Wyoming GOP.

The final nail in the coffin of her career in the current Republican Party came with her devastating loss on Tuesday.

When asked if she was concerned about an investigation into the committee she vice chairs, Cheney said would comply.

‘If Kevin McCarthy, or Jim Jordan or any of the other individuals threatening to investigate the committee carry through on that threat and issue a subpoena for me to appear, I will abide by that subpoena,’ she told Karl.

‘And I will welcome the opportunity to come and explain to them exactly what we found and the threat that Donald Trump poses to the country,’ she added.

She also used the opportunity to say that her willingness to comply with future investigations should be a signal to her Republican colleagues that they should be amenable to the current probe – amid reports that McCarthy could be among those subpoenaed to testify in follow-up hearings next month.

British tourist, 34, fights for life in a coma