By Tyrell Feaster For Dailymail.Com

The New York Giants received an injury scare after No. 5 overall pick Kayvon Thibodeaux went down in pain grabbing his right knee during Sunday night’s preseason game against the Cincinnati Bengals.

He went down after Bengals tight end Thaddeus Moss (yes the son of NFL great Randy Moss) dove headfirst into his knees while performing a legal cut block.

Thibodeaux was ruled out for the rest of the game but initial reports indicate that he was not seriously injured. 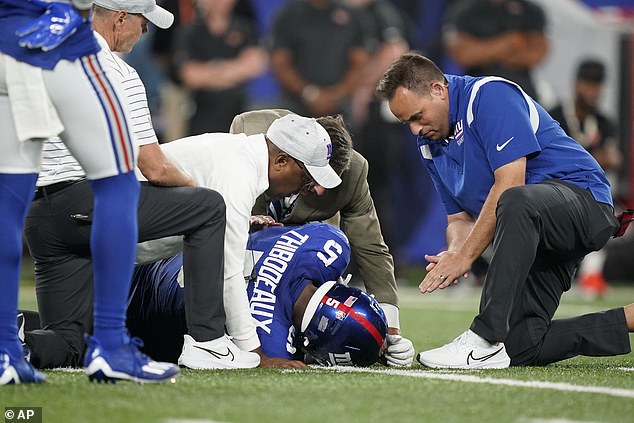 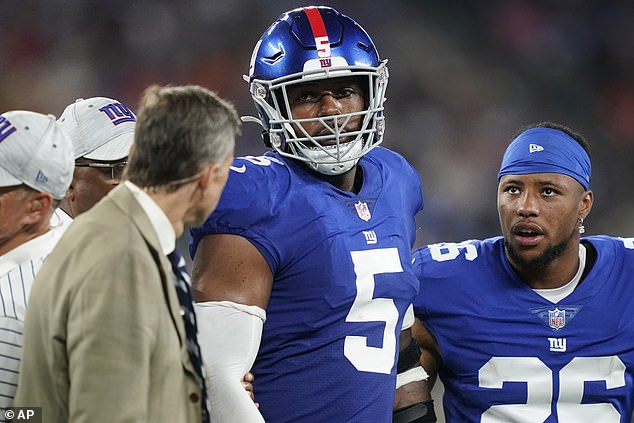 Trainers initially called for the medical cart before Thibodeaux waved it off and walked off the field under his own power.

He was briefly examined in the team’s medical tent before returning to the sidelines and interacting with teammates.

Thibodeaux was caught on camera walking around and joking with teammates and may have appeared to say ‘I’m OK.’

Thibodeaux has received rave reviews during training camp and the preseason after looking impressive in both practice and the Giants’ opener against New England. 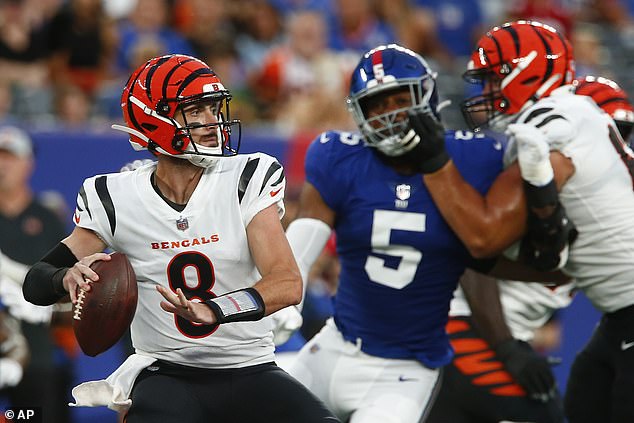 ‘The game felt a lot slower than college,’ Thibodeaux said after the game. ‘But it was still a lot to think about and a lot to process. But, again, I have a lot to work on. It was really good. And I’m just excited.’

It remains to be seen what Thibodeaux will say about this game and possibly the hit that ended his night early.

Though the hit did not draw the attention of the referees, it did spark debates by former players and analysts on whether or not it was a dirty hit. 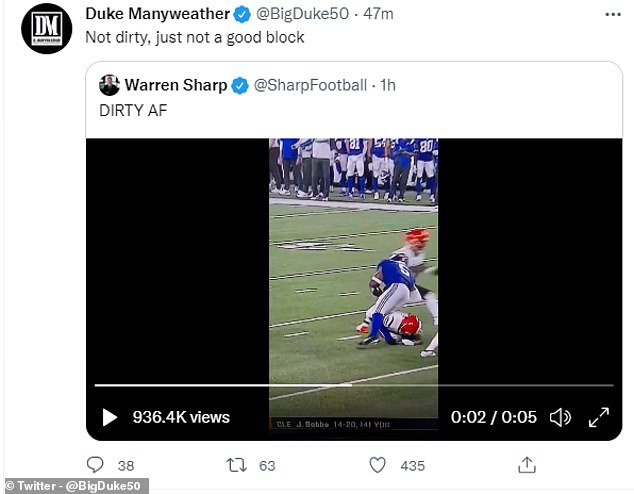 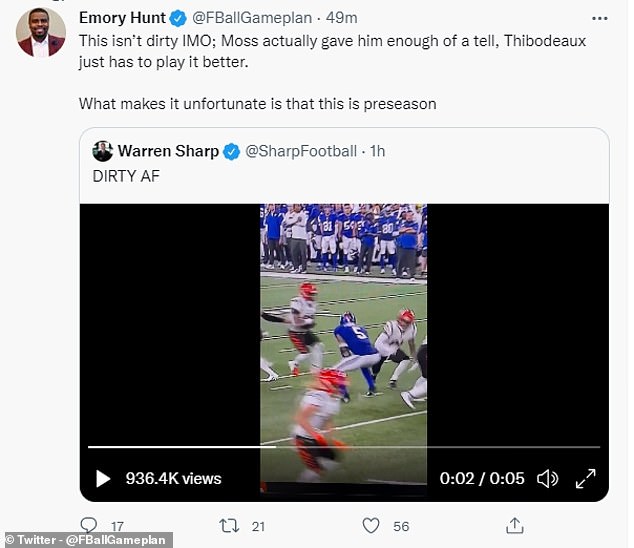 Coaches, analysts, and players debated on why the hit should or shouldn’t be considered dirty