Pictured: ‘Adorable’ toddler run over and killed in Ireland after stepping out into the road

An ‘adorable’ toddler who was run over and killed in Ireland after he wandered into the street has been pictured for the first time.

The 21-month-old boy, named locally as Brandon Thomas Byrne, died after he was hit by a jeep shortly after 9am on Friday morning outside the village of Ballinagare in Co. Roscommon.

The toddler’s father Andrew Byrne today paid tribute to his ‘darling son’, saying he will love him ’til the end of time’, reports The Sun.

In a funeral notice, friends and family shared a photo of Brandon smiling whilst chewing on his dummy. They wrote: ‘Brandon, the most beautiful little light and adorable son of Louise Kehir and Andrew Byrne and cherished grandson of James, Noelene and Fran.’

A source told the Irish Daily Mail that Brandon had left his bed on his own and managed to walk out of the property. 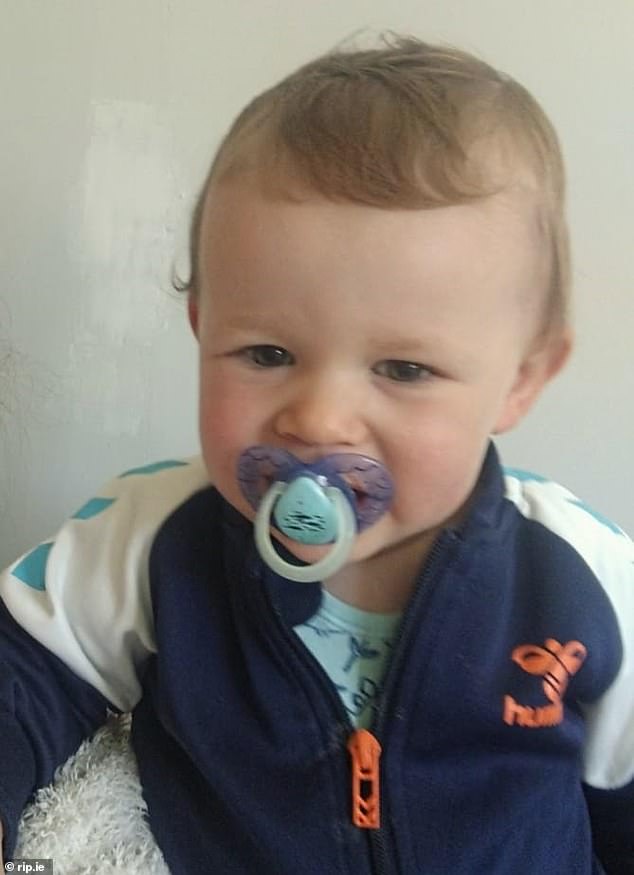 The 21-month-old boy, named locally as Brandon Thomas Byrne, died after he was hit by a jeep shortly after 9am on Friday morning outside the village of Ballinagare in Co. Roscommon

Tragically, the collision occurred when a neighbouring resident, who was pulling into his own land, didn’t see the child.

When he realised what had happened, the man immediately alerted the occupants in the adjacent house who initially thought he was mistaken.

However, the parents then realised Brandon wasn’t in bed, or anywhere else in the house.

‘A neighbour who owns fields beside them was turning into his land when he noticed a bump. When he got out of his jeep and saw the toddler he ran straight to the house and alerted the people inside,’ a source said.

The toddler will be buried in Mulhaddart Cemetery after a Mass of the Angels at the Church of St. Philip the Apostle, Mountview, Clonsilla, at 10am on Tuesday. 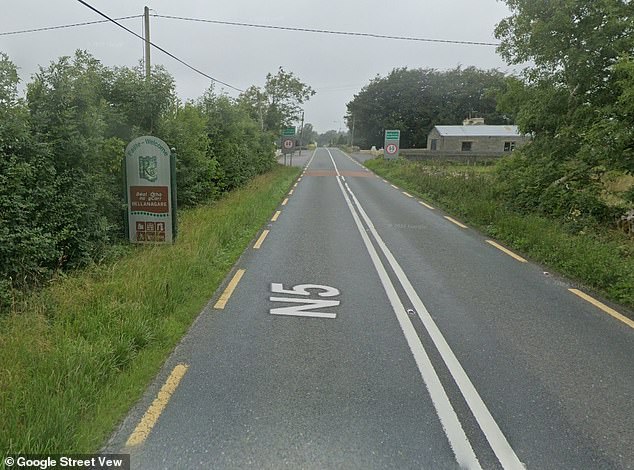 A Garda spokesman said that officers are investigating the incident, but confirmed that no foul play is suspected. Gardaí are appealing for any road users with dashcam footage to make it available to investigators.

Gardaí also confirmed a technical examination of the scene was completed by forensic collision investigators and a family liaison officer appointed to support the toddler’s family.

Many local residents have taken to social media to express their sympathies in the wake of the tragedy. One woman said: ‘May his young gentle soul rest in peace.’

Local priest Father Neil Devine said in a service on Sunday: ‘We pray for the deceased and their loved ones, in particular little Brandon who was involved in a tragic accident in our local area earlier this week.’

Father Devine told The Irish Sun: ‘Myself and the entire local district are completely shocked.

‘You never expect something like that in your local parish and it’s something no family should ever need to be prepared for.

‘Our thoughts and prayers are with this family at this terrible time.’

And leaders in the area have also said that the ‘hurt’ is being felt across Roscommon.

Local councillor Paschal Fitzmaurice told Shannonside.ie: ‘Its terrible news with the death of this young child here in West Roscommon and its very very sad and the local community are shocked and saddened by the news of this boy being killed in this terrible accident.’

Cllr Liam Callaghan said: ‘There’s been widespread grief and shock in the wider community here in the Tulsk-Bellanagare area. Our thoughts and prayers are with the family at this very sad and tragic time.

‘You hear these stories in different areas around the country at different times, but when it comes to your own doorstep the whole reality hits home, and today sadly it has come to our community. I’ve no doubt that the community will rally around the family.’

Cathaoirleach of Roscommon County Council, Independent Councillor Tom Corsby, said: ‘It’s an awful sad tragedy in our area and I’d like to extend my condolences to the boy’s family and neighbours and friends. Everyone feels the hurt in such a tragedy like this.’