THIS is the brutal moment Cristiano Ronaldo SNUBS Jamie Carragher ahead of Manchester United’s clash with Liverpool.

Liverpool icon Carragher was on punditry duty alongside United legends Gary Neville and Roy Keane when Ronnie gate-crashed the talk.

Ronaldo, 37, first blanked Carragher’s attempt at a handshake as he instead embraced Neville.

Ronnie then ignored Carragher again as he moved around the Merseyside man to greet Keane.

The Irishman and Neville were left chuckling as Ronaldo then dashed away to resume his training. 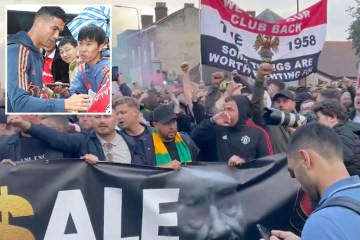 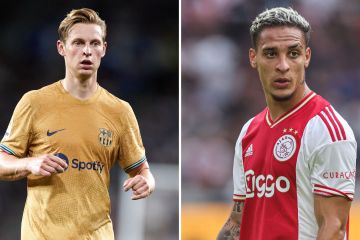 Carragher has been a vocal critic of Ronaldo since his return to Man Utd last summer.

And fans thought the veteran striker’s reaction at Old Trafford was hilarious.

Another wrote: “Ronaldo blanking Carragher gonna be highlight of the match.”

Pictured: 'Adorable' toddler run over and killed in Ireland after stepping out into the road