THE Kardashian sisters often rival each other on social media, business ventures, and more.

When it comes to skincare lines, there’s one Kardashian sister that tops the charts.

The expert started by analyzing the ingredients of Kylie’s Clarifying Cleansing Gel ($26), which promises to unclog pores while removing impurities, excess oil, and makeup.

“Right off the bat we have ethoxydiglycol and isopentyldiol — these are solvents,” she shared.

She explained they would act as “humectants” or, according to WebMD, substances that attract water from the air or from deeper in the skin. 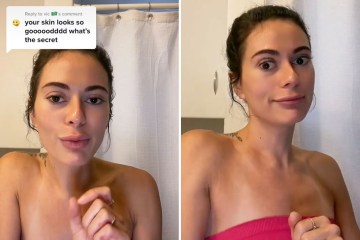 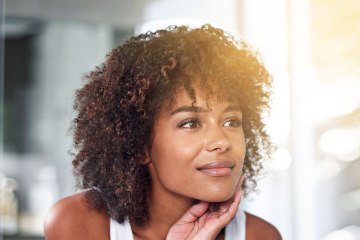 “I’m not super crazy about these two being so high up on the ingredient list,” she added.

She pointed out the cleanser had squalane, “which is great for moisturizing,” and taurate copolymer, which is a modifier.

“With her copolymers so high up on the list, this leads me to think these ingredients down here are not super concentrated — which is fine by the way,” she shared.

“I think my favorite extract in here is the apple fruit extract,” she added. “It’s really good at moisturizing.”

“Overall, I’d say this formulation is alright,” she concluded.

She then analyzed Kylie’s Face Moisturizer ($25), which promises to hydrate, nourish, and soften skin for a non-oily, smooth, and silky finish.

The skincare professional noted the moisturizer had a lot of emollients, which according to DermNet, are products that are used to soften skin.

She added the product had emulsifiers, or a lotion that contains an oil and water combination.

“She has a preservative phenoxyethanol which makes me believe that everything under here is under the 1% level,” she said.

“If you would ask me, I would probably splurge on the Kim Kardashian face cream rather than this one,” she concluded.

The SKKN Face Cream, $85, is enriched with postbiotics to help promote overall skin nourishment for a more youthful look.

The chemist also analyzed Kylie’s Vitamin C serum ($28) that has tetrahexyldecly — which according to Paula’s Choice, is an oil-soluble shot of Vitamin C that helps preserve collagen.

“I was actually really surprised to see this,” she said.

She also noted the serum had sodium metabisulfite, “which helps the oxidation of the vitamin C,” she said.

She also reviewed the Hyaluronic Acid Serum ($28) and the Vanilla Milk Toner ($23), which were both “full of goodies.”

“Out of all the ones I reviewed today, I would probably go with the Vitamin C serum,” the expert concluded, adding that she would rather splurge on Kim’s moisturizer.