By Stewart Carr For Mailonline

Police are trying to track down a teenage rabble who plundered a city centre McDonald’s with a number of them jumping over the counter and stealing food.

The gang of around 50 youths completely overran the fast food outlet in Nottingham city centre on Sunday, August 21, at around 9pm.

As the crowd piled in at the counter, around seven teenagers leapt over it in front of terrified staff, who were busy preparing food next to deep fat fryers.

Some of the youths then started stealing the food as it was being prepared in the kitchen. 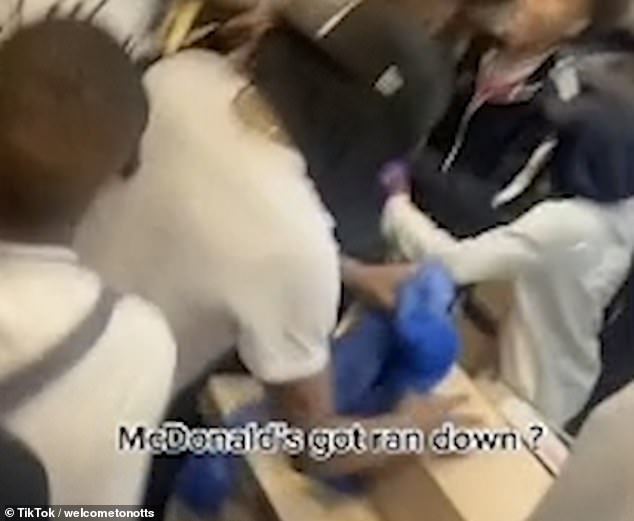 Around seven of the youths jumped over the counter in front of shocked staff who were cooking next to deep fat fryers. They then began stealing food and drinks 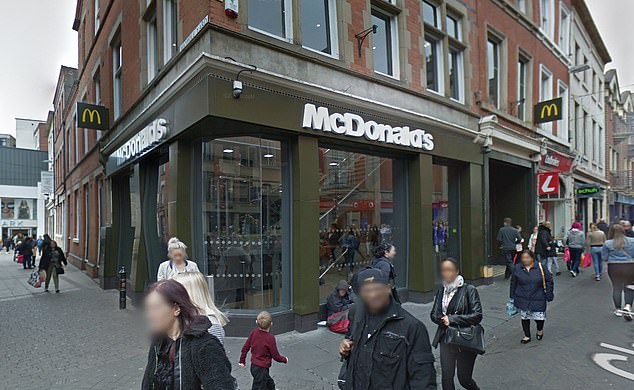 They also helped themselves to soft drinks while a number of them filmed the incident on their mobile phones.

Once they left, around 20 of the group stayed behind in the restaurant and were threatening and abusive towards staff.

Police attended the store, but by then the band of troublemakers had fled.

A spokesperson for Nottinghamshire Police said: ‘We are treating this incident very seriously.

‘This is a commercial burglary as the group forced their way behind the counter of a business and stole food and soft drinks.

‘It is completely unacceptable. No arrests have been made yet, but we will be working with the Clumber Street McDonald’s and carrying out CCTV inquiries to find those responsible.’

There were also reports that the group are congregating outside another McDonald’s in Nottingham city centre at around 10pm.

Nothing was taken from this outlet and the group had left the scene when police arrived.

The group are believed to be between 14 to 16-years-old and dressed in tracksuit bottoms, hats and caps.