THIS Morning host Rylan Clark was forced to present the show alone on his second day.

The 33-year-old was fronting Tuesday’s episode with Ruth Langsford, who had left the set during a break.

When This Morning returned from the adverts, the telly favourite was seen sitting beside an empty chair.

As he explained to viewers when the programme came back on air, she’d had some trouble getting to the toilet.

He explained that several conveniences in Television Centre in west London, where the show is filmed, were out of order.

Ruth did eventually return, making an unusual entrance through the door used by the show’s fashion models. 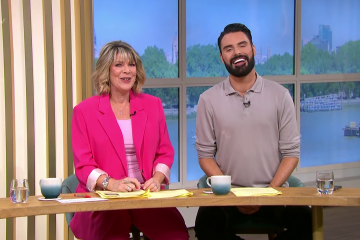 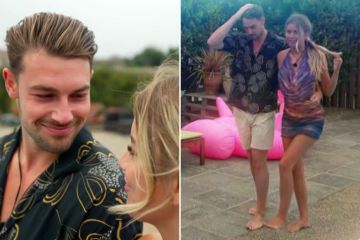 She and Rylan were reunited on This Morning for the first time since 2016 yesterday.

The pair are just the latest in a series of rotating hosts who are fronting the ITV hit while Phillip Schofield and Holly Willoughby are on holiday.

Viewers are big fans of the pair, with many insisting they would love to see more of them on the show in the future.

Ruth has been a fixture on This Morning for 15 years, most often with husband Eamonn Holmes before he left to join GB News.