The millionaire co-founder of Bondi Sands tanning range has wed his long-time fiancé in spectacular style at an Italian villa featured in the Hollywood movie House of Gucci.

Blair James, 42, who started his second beauty brand – Growth Bomb – during the global pandemic, tied the knot with ex-athlete and cosmetic tattooist Melanie Adams, 34, on Monday at luxury Villa Balbiano in Lake Como surrounded by 80 of their closest friends and family.

The pair, who had to postpone their nuptials in 2020 when Covid hit, looked every bit the fairytale romance as they kissed against the backdrop of the lake surrounded by the villa’s three acres of lawn and 16th century architecture. 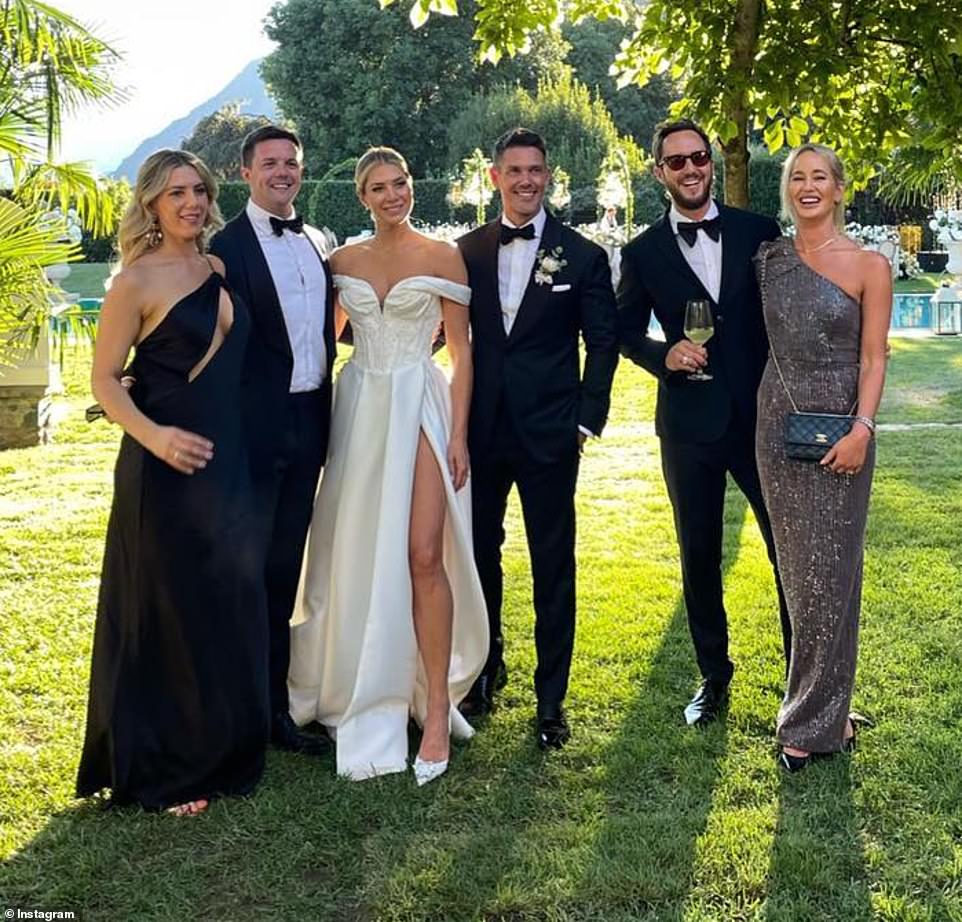 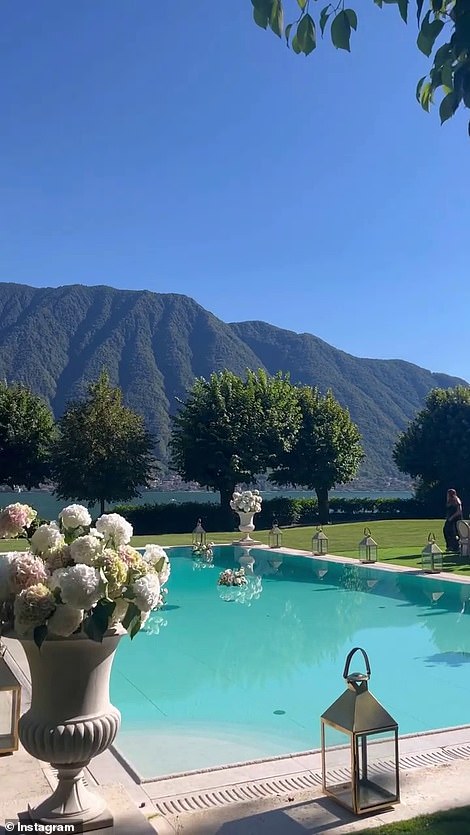 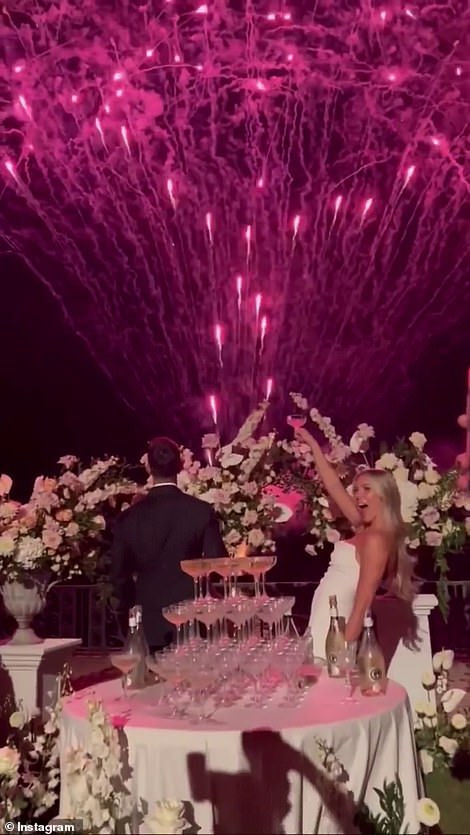 Quotes on its website suggest that Villa Balbiano will set back guests $252,000AUD a week with special packages available just for weddings 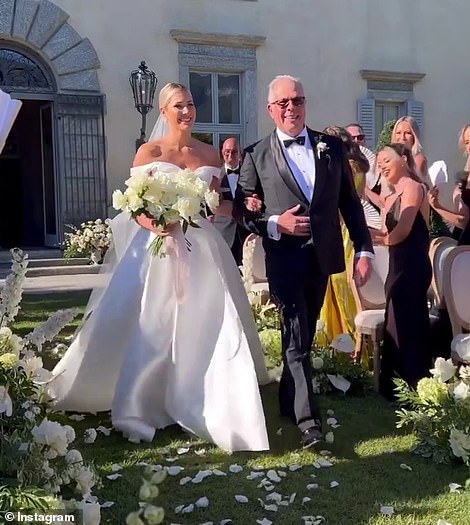 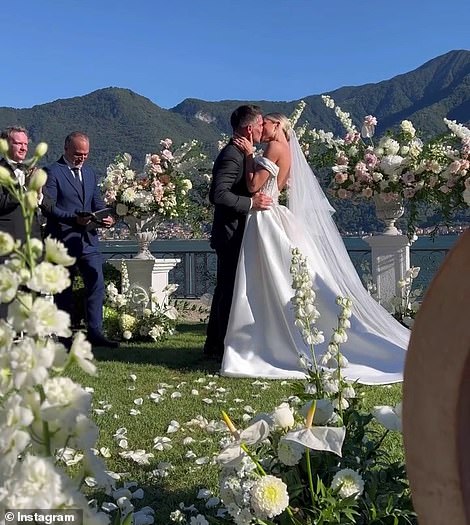 Using the social media hashtag #LetTheJamesBegin, the Melbourne couple’s friends have been posting about the three-day affair since the recovery party ended on Tuesday, calling it ‘the best wedding they’ve been to’

Quotes on its website suggest that Villa Balbiano will set back guests $252,000AUD a week with special packages available just for weddings.

Using the social media hashtag #LetTheJamesBegin, the Melbourne couple’s friends have been posting about the three-day affair since the recovery party ended on Tuesday, calling it ‘the best wedding they’ve been to’.

They were also invited to welcome drinks at Grand Hotel Tremezzo on Sunday, alongside the wedding itself and pool party held at the villa for the morning after.

Guests were seated for an extravagant dinner under the moonlight with singer Jax Thomas performing with a piano accompaniment.

It’s a fairytale moment for Mr James who has previously spoken about his tough upbringing after losing both of his parents at just 23.

‘I had a challenging upbringing… I look back at that time as a real turning point in my life,’ he told Daily Mail Australia. 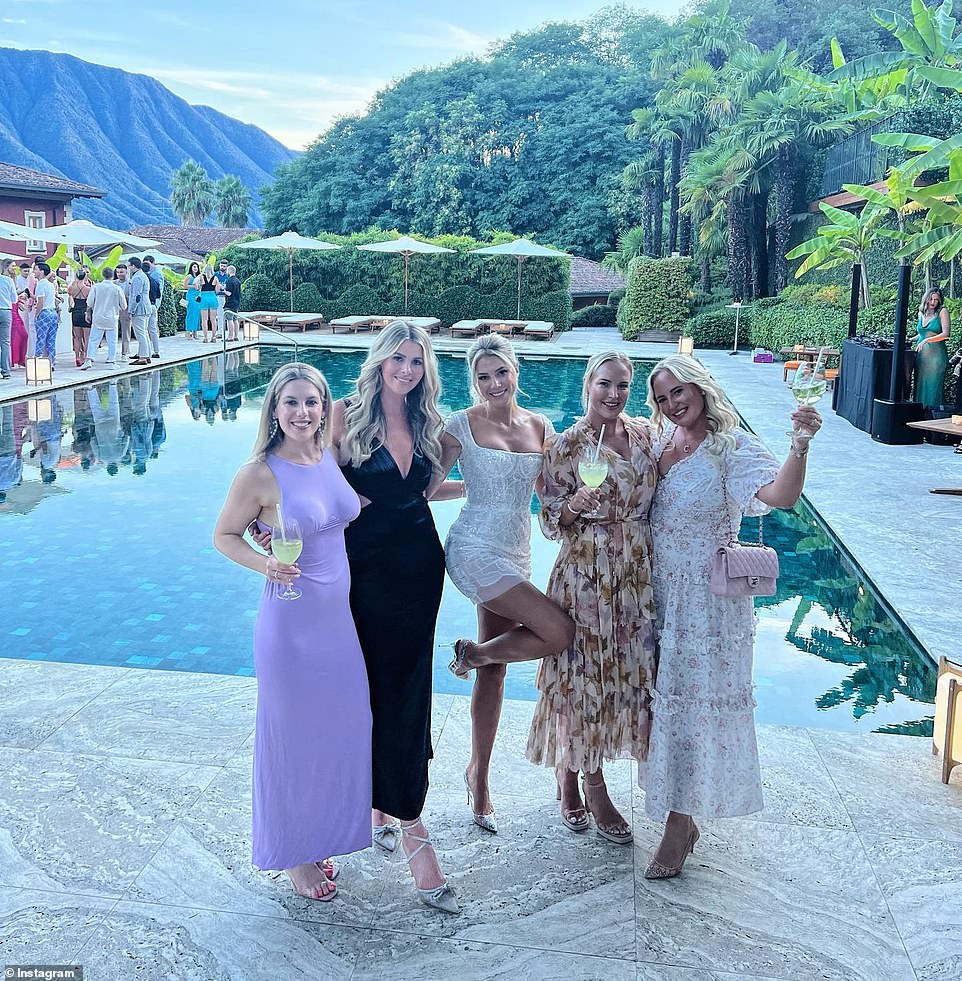 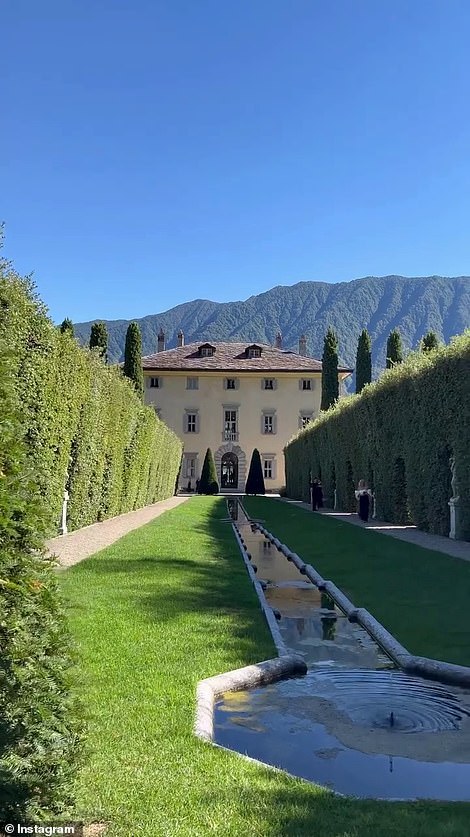 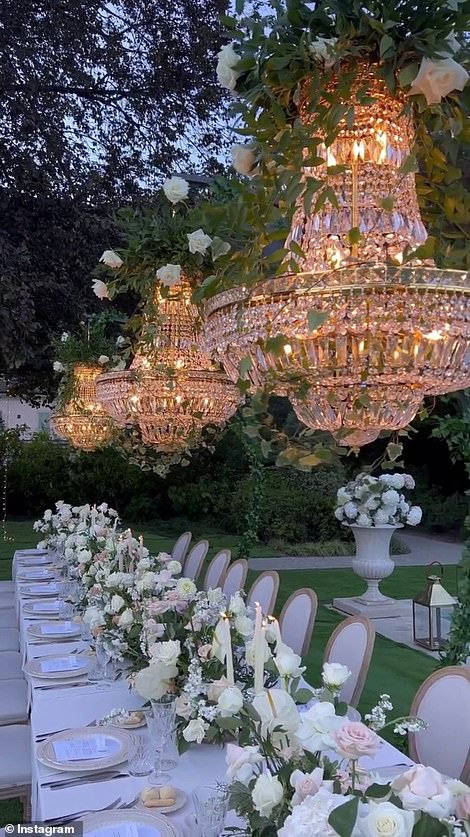 Mr James grew up in Yea, a small country town with a population of just 1,100 people in Victoria, about 100km north-east of Melbourne.

After his family moved to the UK in 1986, his British-born dad decided to set up shop selling imported Australian products in Birmingham.

‘As a seven-year-old, I would often spend time in the shop with my dad unpacking stock or merchandising the store. The business was not a success and in the late 80s every UK pound we lost meant losing $3,’ he said.

‘Money was tight and I started looking at ways to make my own money.’

And so he took a box of Vegemite his dad was struggling to sell and walked around the shopping centre to see if anyone would buy the jars. 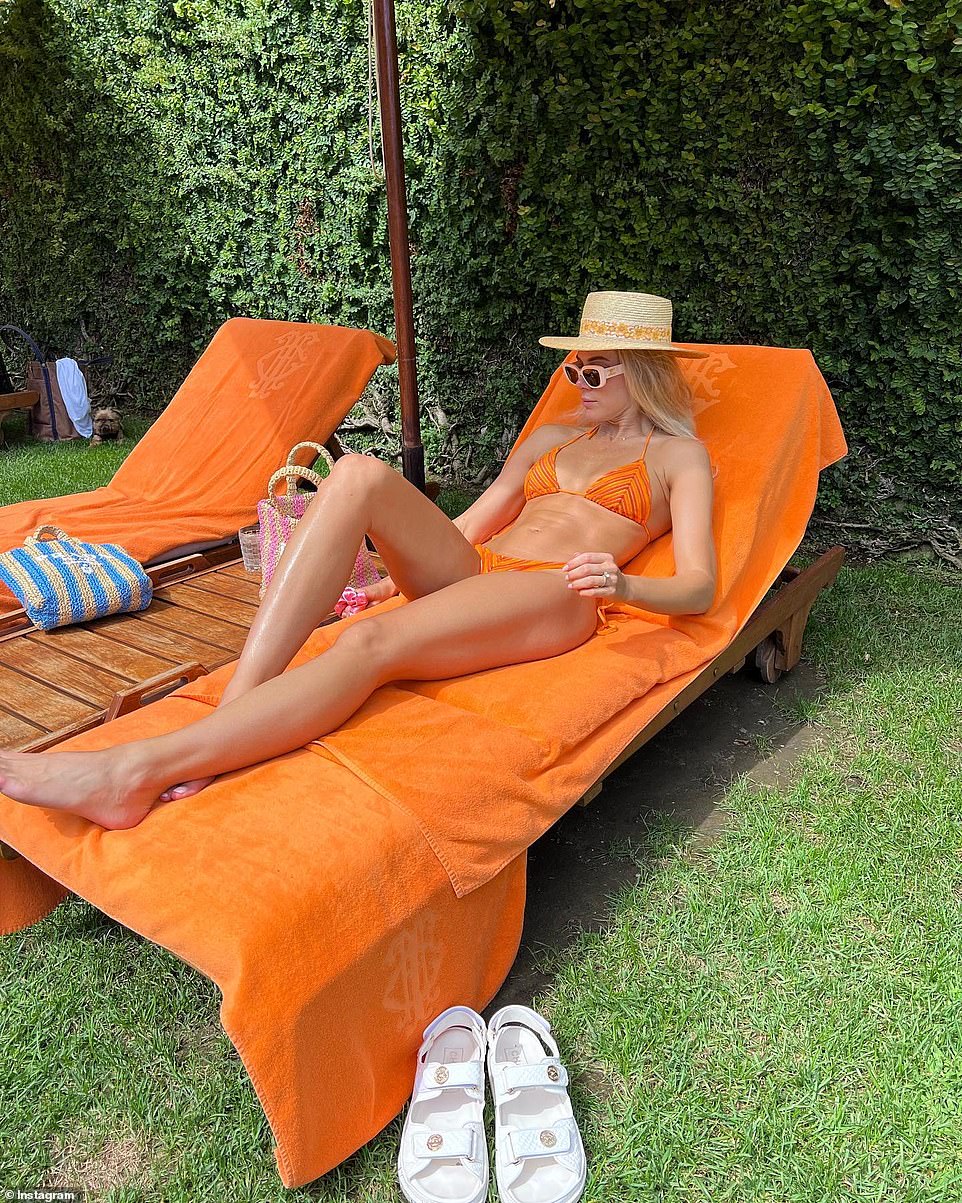 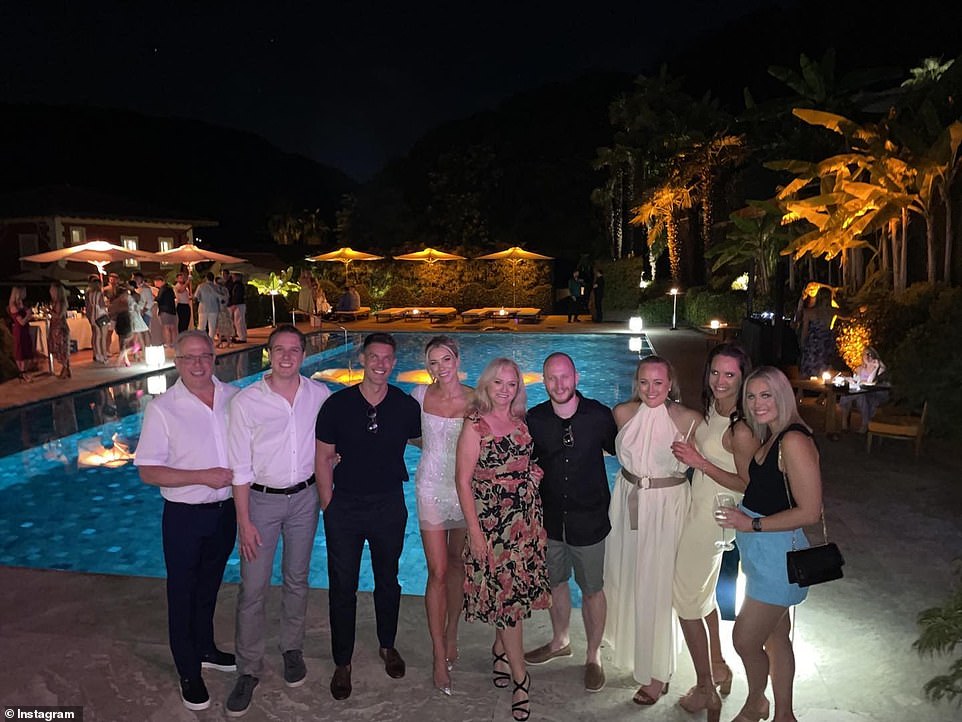 The family moved back to Australia after their life in the UK became extremely ‘tough financially’.

‘After returning we lost the family home. My dad struggled to find work and my mum had to return to work just to make ends meet,’ he said.

‘The financial struggles continued for the next eight years, not that anyone would have known as my parents sacrificed everything to make sure myself and my brother and sister had everything we needed.’ 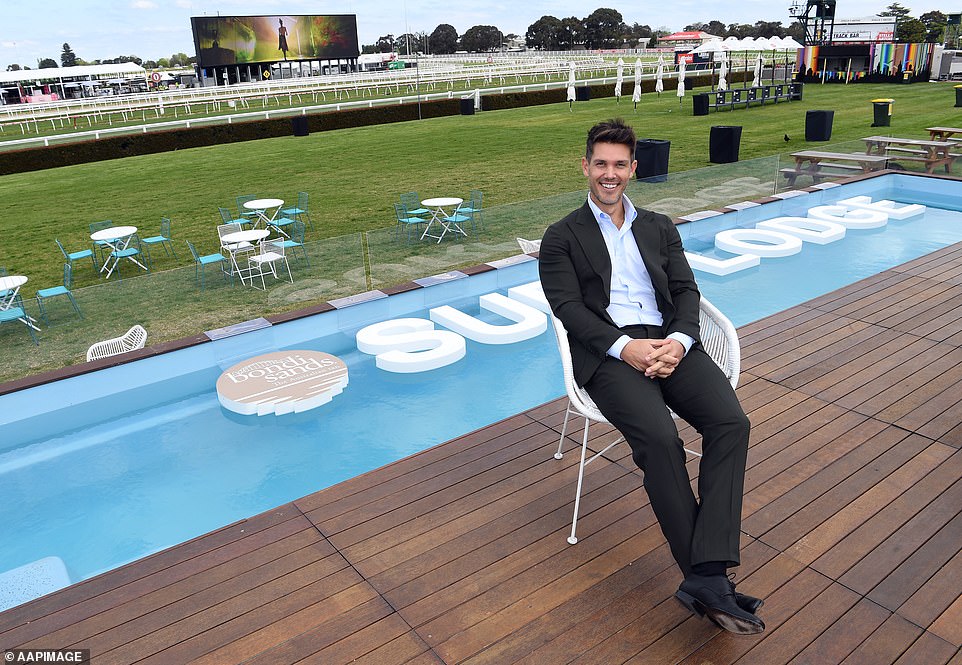 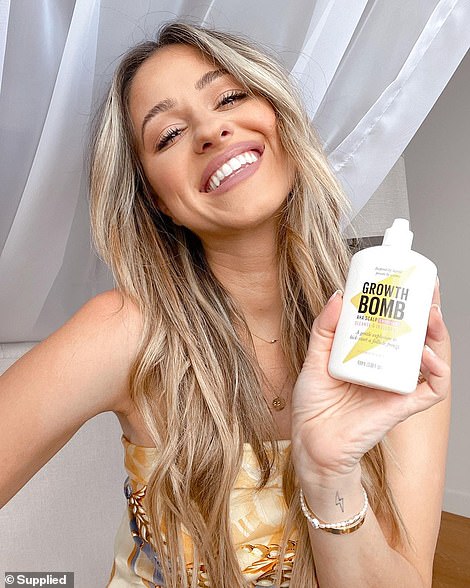 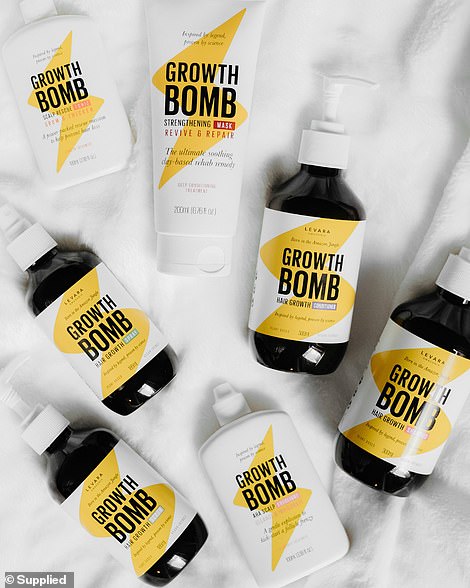 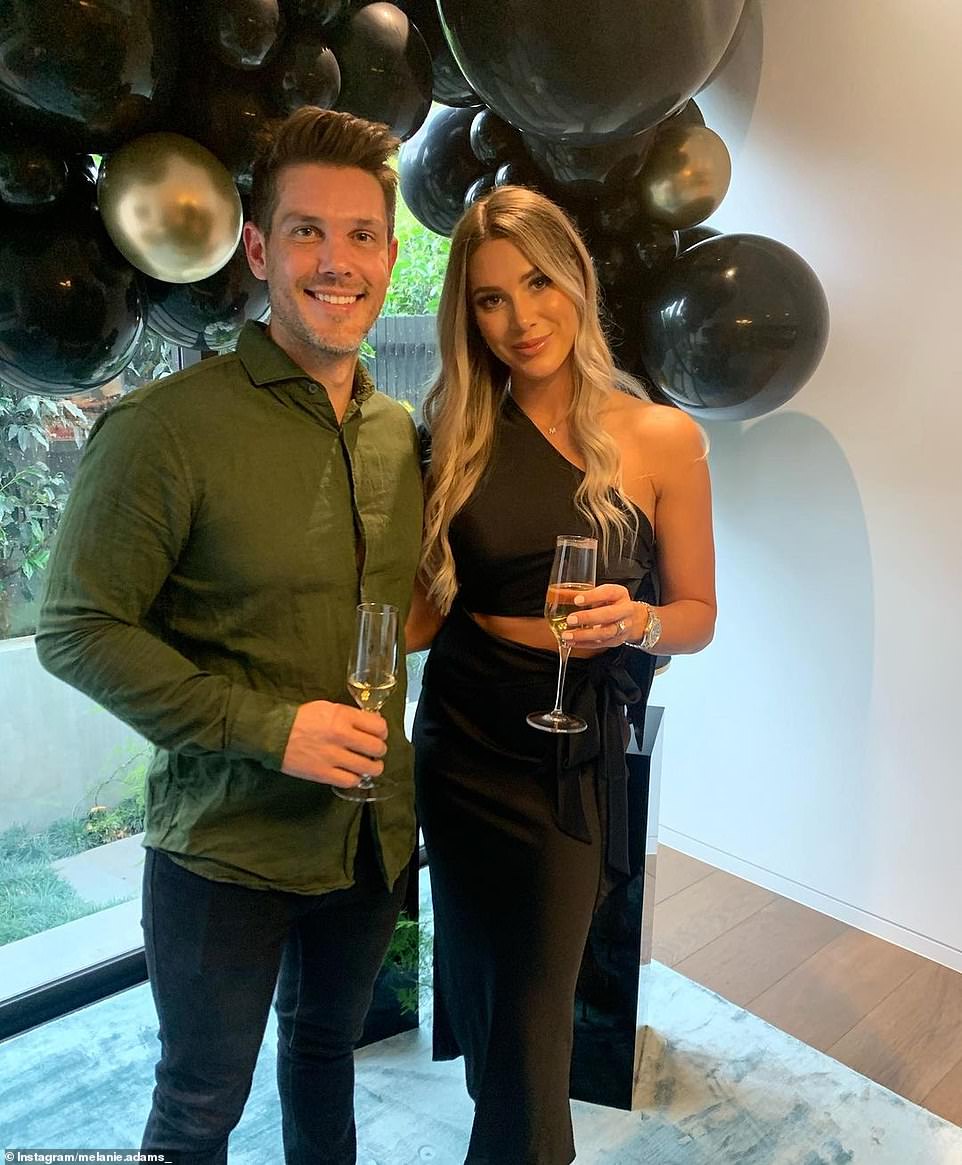 When Mr James was 17, his dad tragically died, leaving his mum to be the sole breadwinner for the family.

‘His death placed more stress on my mum – and her struggles took a toll on her. I didn’t realise at that time how much she took on, today I still don’t know how she did what she did,’ he said.

Four years later, she was diagnosed with ovarian cancer.

‘I was only just recovering from the death of my dad when mum was diagnosed. When she was sick my focus was on making sure I was there to take her to her treatments and look after her as her cancer got worse,’ he said.

‘She passed away 18 months later. I was working in retail at the time so the dream of having my own brand was pushed to the side for the time being.

‘I think I was in shock for a long time but I didn’t have any time to deal with it as I had to find somewhere to live and pay the bills.’

Two years after the death of his mum, Mr James said he started suffering panic attacks and depression.

‘It all came to the surface… from the unresolved grief. Growing up I used to worry about losing both my parents and I was faced with that reality at 23. After two years of counselling, the entrepreneurial desire started to return,’ he said. 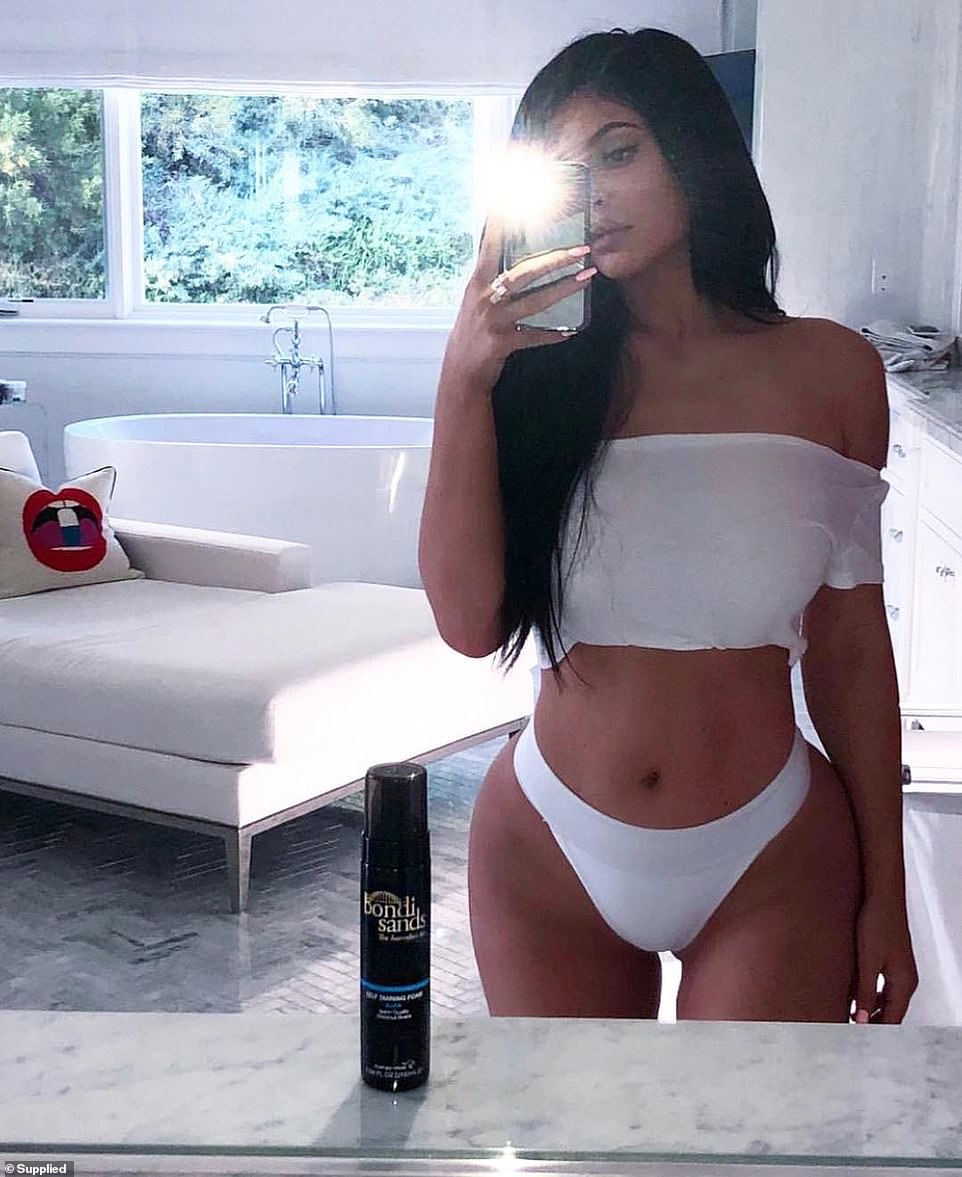 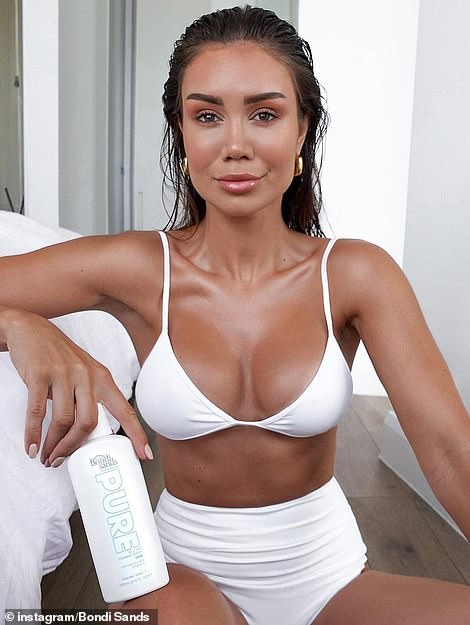 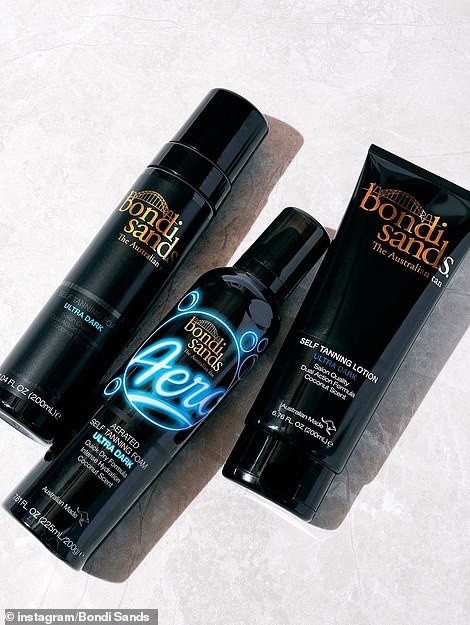 Since launching in 2012, Bondi Sands is now stocked in 22,000 retailers globally, offering 48 products and holding 60 per cent of the market share in Australia 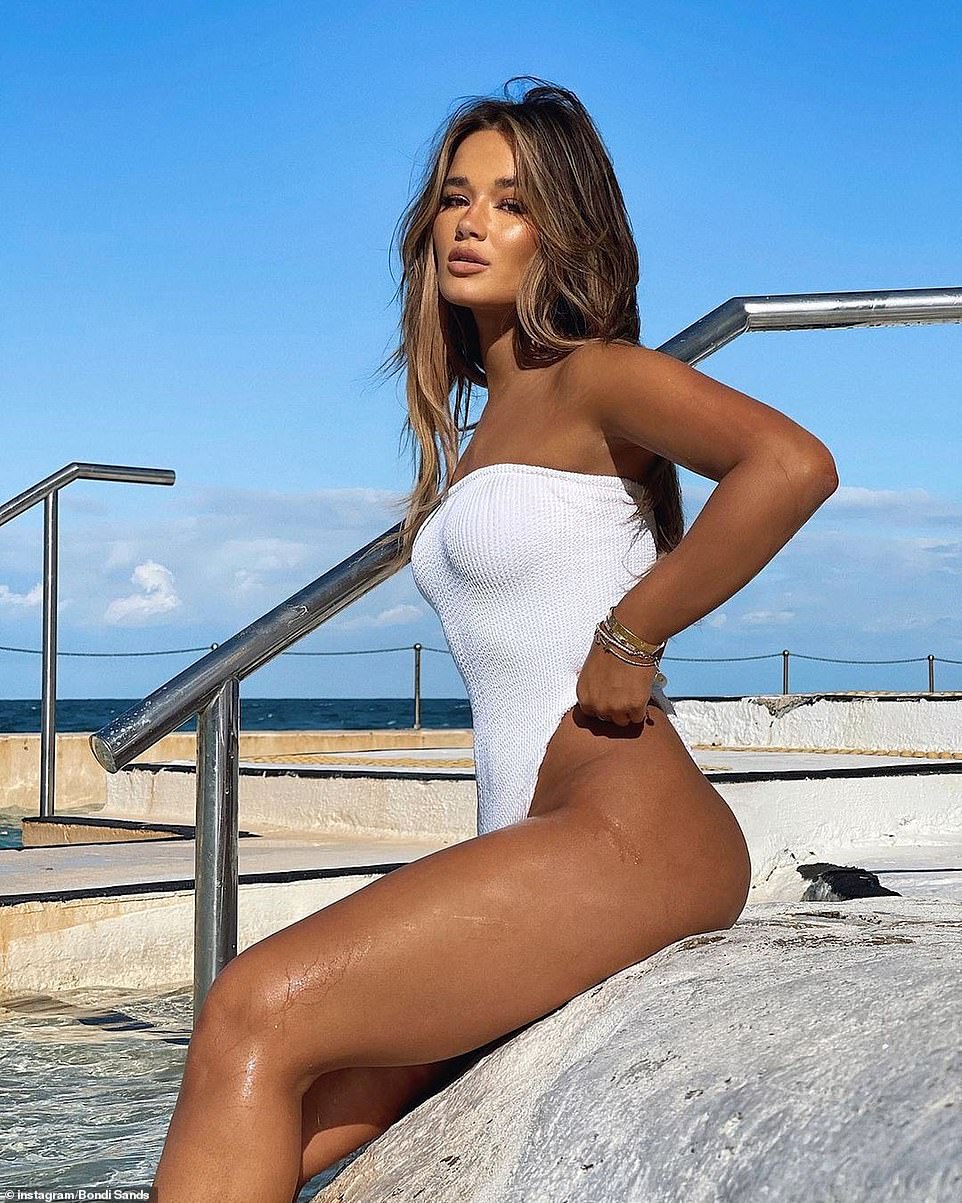 Bondi Sands has a legion of fans, including celebrities and models (picture of Isabelle Clarke)

At the age of 25, Mr James opened up his own salon in Melbourne that eventually led to the development of Bondi Sands.

‘We were doing a large number of spray tans every week and when we couldn’t fit in anymore appointments I would suggest self tanning products to our customers – but no matter what brand I suggested there was always bad feedback,’ he said.

‘The product either smelt bad, had bad colour or didn’t last long enough… so that was the light bulb moment to make an affordable, salon quality self-tanning range in Australia that was just as good as salon spray tan.’

Since launching in 2012, the fake tan brand is now stocked in 22,000 retailers globally, offering 48 products and holding 60 per cent of the market share in Australia.

Following his huge success, Mr James and his friend Hamish Buckley created Growth Bomb, which is a haircare range targeting hair loss and scalp health, during the 2020 Covid-19 lockdown.

‘The entire range is powered by a natural formulation that targets scalp health to develop stronger healthier hair,’ he said.

‘Our hero ingredients Yerba mate has high levels of caffeine to help increase hair growth while our other unique natural ingredients help to soothe and treat scalp concerns.’ 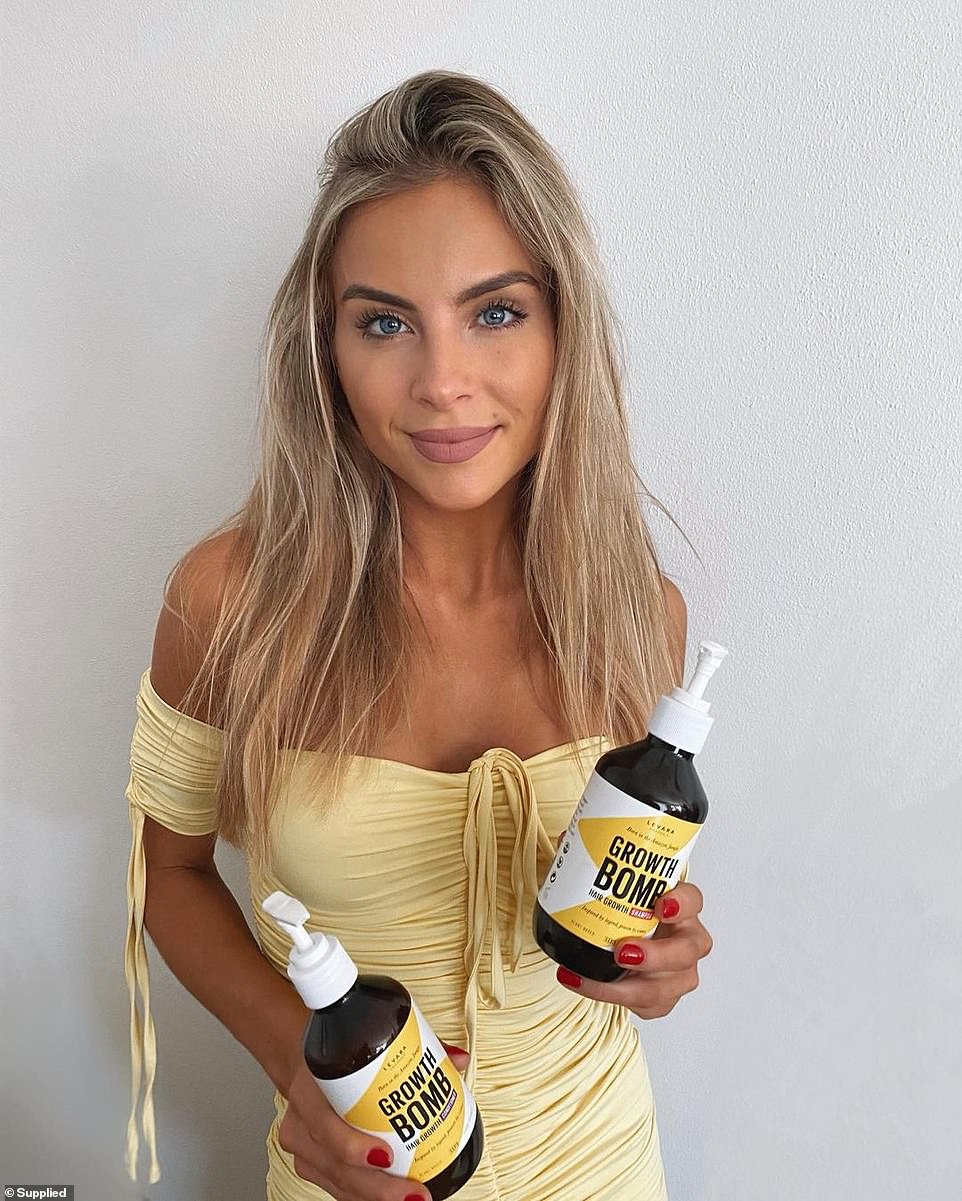 Within six months of Growth Bomb hitting chemists, the team made $10million worth of sales 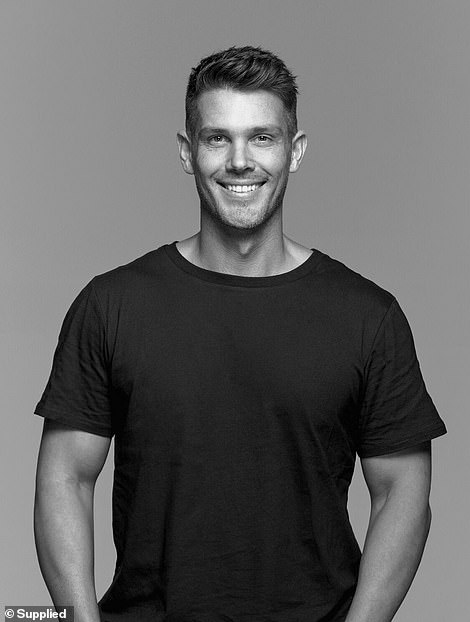 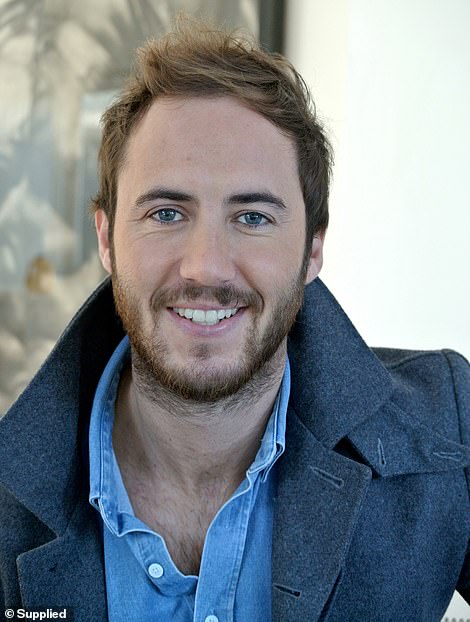 Following his huge success, Mr James and his friend Hamish Buckley (right) created Growth Bomb, which is a haircare range targeting hair loss and scalp health, during the 2020 lockdown

In November, the ‘miracle’ haircare range launched across Priceline and Chemist Warehouse stores – a rarity for a brand within its first six months of trading.

The brand is on track to make $10million worth of sales by the time it turns one.

‘We are excited about these numbers however that is not what drives us, we are driven about building a global brand with a unique product and doing things differently our own way,’ he said.

Astonishingly, it took three to four years for Bondi Sands to reach the success Growth Bomb had in just six months.

‘Growth Bomb still has a long way to match the global success of Bondi Sands, but we are incredibly excited to see a brand that we created in lockdown become one of the fastest growing haircare brands in Australia in 2021,’ Mr James said.

For anyone hoping to start a business that will succeed, Mr James said it all comes down to who your customers are.

‘Understanding your customer will help you develop product strategy, pricing, what retailers or retail channels to move in to, what your tone of voice will be… all facets of your business will come from the customer.’