GOOD Morning Britain viewers couldn’t help but laugh as Adil Ray opened the show with an unfortunate slip of the tongue.

Returning to the programme after stand-in host Rob Rinder bowed out, Adil accidentally swore live on air while sitting beside Kate Garraway.

He got a little tongue-tied announcing a segment on fish and chips potentially being removed from menus.

He said: “Could fish and chips soon be off the menu? As environmentalists call for sustainable seafood, we’re asking whether it’s time to ditch the b*tch… b*tch… [laughs] the British seaside staple. Let us know what you think.”

Viewers immediately picked up on it and did let the show know what they thought, that it was hilarious.

One wrote on Twitter: “Hahahaha little chuckle at @adiilray saying “ditch the b*tch” this morning #GMB.” 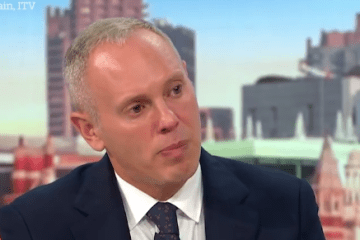 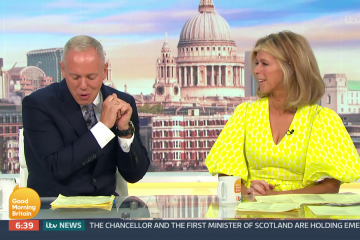