KSI is back in the boxing ring this weekend, against TWO opponents on the same night.

And on the undercard his brother Deji will be in action as he aims for his first win when he faces prankster Fousey.

Meanwhile, KSI turned down $150million worth of offers to return to boxing, claims his manager Mams Taylor.

Taylor said: “He’s his own man and at the end of the day we’ve found a really good balance.

“If I told you guys how many offers we’ve turned down – it’s over $150million worth of offers turned down completely.

“That’s okay because no amount of money is worth compromising your happiness and I speak from experience with that.” 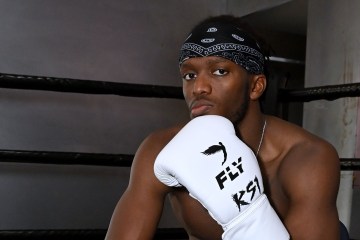 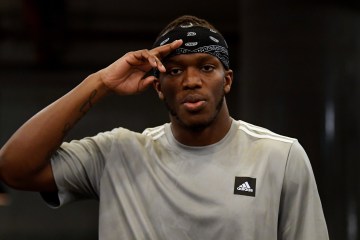 When is KSI fight night?

KSI fight Swarmz first at 7.10pm UK time, and then Pineda at around 10pm.

Who is on the KSI undercard?

Deji is the chief support when he takes on Fousey in what will be his fourth pro fight.

Though so far there has only been losses in his previous three bouts – to Jake Paul, Vinnie Hacker and Alex Wassabi.

How can I watch KSI vs Swarmz and Pineda?

KSI vs Swarmz and Pineda will be broadcast live on DAZN PPV this weekend.

To live stream, DAZN is available on web browsers at DAZN.com (except Argentina, Chile and Colombia) and also on their app.

Who is KSI and what is his real name?

KSI was born June 19, 1993, and is an English YouTube personality, rapper, comedian and actor.

KSI – which stands for knowledge, strength, integrity – first arrived on the YouTube scene in 2009, originally posting videos about video games.

Jazz star Donovan Mitchell 'wants to go to the Knicks, Nets or Heat if he's traded'

World's coolest streets ranked by Time Out: Montreal's Rue Wellington is top, Glasgow's A82 is third