The moment a giant panda gives birth to twins through artificial insemination at a China breeding center has been captured on film and brings hope that the national’s unofficial mascot may be thriving after suffering population loss to climate change and habitat destruction.

They were born through artificial insemination, which is a popular method among breeding centers, because pandas are not typically motivated to procreate.

The male and female cubs weighed 16.2 and 5.3 ounces at birth and are said to be doing well as they spend time with their mother and get adjusted to their new surroundings.

The mother, named Quin Quin, is seen holding one of the cubs that crawls up her left arm and then the second joins them shortly after.

The pair, one male and one female, are pink, nearly hairless and are blind – they will not open their eyes until they are at least six weeks old.

Twin great pandas, one male and one female, were born on Tuesday at a breeding center in China

Qin Qin was also born at the center and previously gave birth to twin females in 2020.

China first began attempts to breed pandas in 1955, but it was not until September 9 in 1963, was Ming Ming, the first ever captive-bred giant panda, born at the Beijing zoo.

And these efforts have since paid off, as many of those born in captivity have been released into the wild.

The population of wild pandas has ticked up gradually, reaching an estimated 1,800. 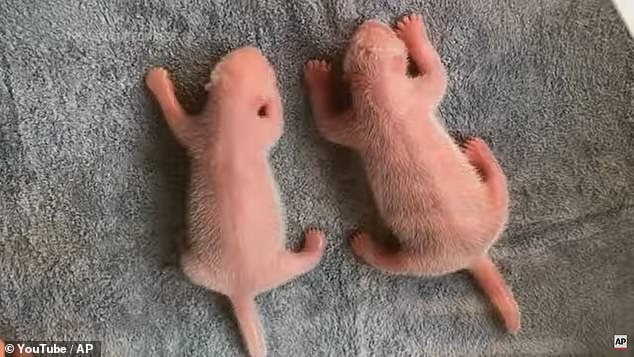 The pair are pink, nearly hairless and are blind – they will not open their eyes until they are at least six weeks old.

About 500 others live in captivity in zoos and reserves, the majority in the mountainous, heavily forested province of Sichuan.

In 2021, Chinese officials proudly announced the removal of giant pandas from its list of endangered species after the number living in the wild increased.

Pandas were first listed as ‘endangered’ in 1990, but more than 30 years of conservation work has seen their numbers swell.

Beijing has put the success down to efforts to increase their habitat by replanting and repopulating bamboo forests.

Bamboo makes up almost all of a panda’s diet, with an adult needing to consume up to 45lbs of bamboo stems every day.

Breeding program within zoos – with offspring used to top up wild populations – have also helped to increase the population. 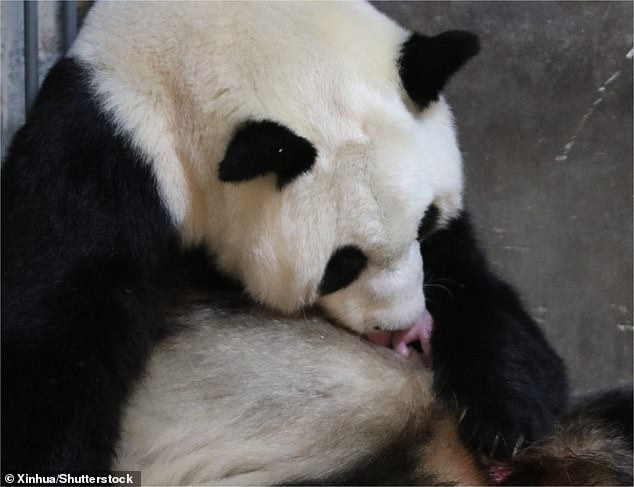 The mother, named Quin Quin, is seen holding one of the cubs that crawls up her left arm and then the second joins them shortly after

Pandas are one of the world’s best-known conservation symbols, and also serve as the national animal of China where they are beloved by most Chinese.

The panda was chosen as the logo of the WWF in 1961, with the design created by the organization’s founder Sir Peter Scott because of the animal’s public appeal.

However, they are far from the world’s most-threatened animals, with many other well-known species classified below them.

The species ‘red list’ classifies all living things – both plants and animals – into seven categories ranging from ‘least concern’ to ‘extinct’.

Where a species falls on the list depends on the number left in the wild, whether the population is increasing or decreasing, its range and its habitat.

‘Endangered’ – where pandas used to sit on the list – is the fourth lowest category, one stage above ‘critically endangered’ which includes the likes of western lowland gorillas and orangutans.

To qualify as ‘critically endangered’, a species will have fewer than 250 individuals left in the wild, a maximum range of less than 40 square miles, or a 50 per cent chance of going extinct within 10 years according to scientists. 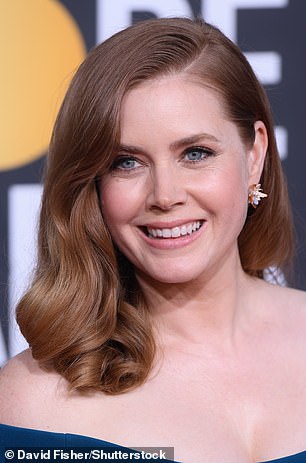