WE’VE all had neighbours that love to make over nothing, but one mum revealed just how petty her neighbour was recently.

Posting on Mumsnet, the mum explained that her neighbour kept complain about leaves from a bush ending up in her driveway.

The evergreen bush only wilted “about a handful” of leaves onto her driveway, but the neighbour thought it was enough to complain about.

The mum explained: “She wanted me to contact an expert to look at the bush, or to remove it.

“We’ve not done anything – the bush is fine, although we had been thinking about taking it out, prior to her complaint.”

She continued: “Neighbour does all manner of odd things, sprays water from her hose onto our property, anxiety about any plants from our garden – we’ve cut them all back.” 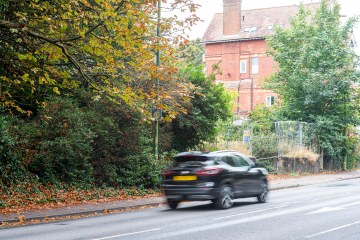 The neighbour has even demanded that workmen in the mum’s garden clean her garden, despite not accepting responsibility when her own workman damaged the mum’s front wall.

Recently, the nightmare neighbour insisted that a fence was put in around her drive due to the leaves.

“This is likely to look ridiculous as none of the other properties have fences at the front, and all because of one bush.

“It also feels as she is doing it more to make a point,” the mum said.

The mum confessed that although she had previously considered removing the bush anyway, after the complaint she wasn’t sure if she wanted to anymore, saying, “it feels as if we are bowing down to her demands.”

“She has done this type of behaviour with various other things before, and it feels more like a control issue – than a bush issue.

The mum didn’t want to let her neighbour win the garden war, but others thought her revenge was equally as petty.

One said: “You’ve been thinking about removing the bush, your neighbour would like it removed, to me that seems win-win? Not she wins and you lose?

“I think you’re over complicating things.

“I understand she’s been a real pain but not taking out a bush you wanted gone just to spite her isn’t going to improve your relationship with her.”