A DAD got the fright of his life after finding a menacing 10ft-long boa constrictor curled up in his wood store.

Ian Faulkner was pottering around his garden when he spotted the snake nestled among his kindling.

As the serpent’s tongue flicked out menacingly, Ian, 54, froze on the spot not knowing if the animal was poisonous or not.

Ian from Axbridge, Somerset, told The Sun: “I’m not a great fan of snakes so to be confronted with a beast the size of this first thing in the morning was a bit worrying to say the least.

“I called my son, Reece, and told him he’d better get down here pretty quick but there was no way I was going to handle the snake. 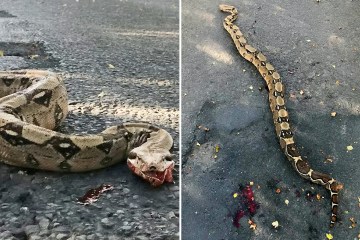 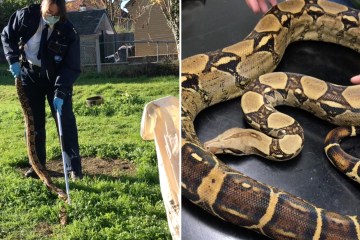 “I’ve seen pythons and boa constrictors on the TV but that’s about as close as I thought I would get to one.

“I knew that they could kill by wrapping themselves around their prey and squeezing the life out of them before swallowing them whole – perhaps I was just too big for this one.

“It looked extremely well fed and someone had obviously been looking after it well so I suspect that it’s escaped from someone in the neighbourhood.”

Ian added: “I usually potter around the garden when I’ve got a day off so I was almost on auto-pilot.

“I use the space above the child’s play house to store my wood I was just about to put another log on there when I just saw this massive head with a tongue flicking out. 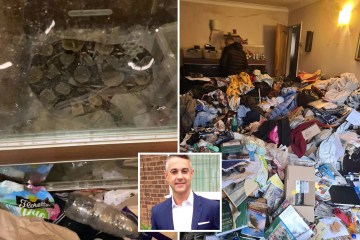 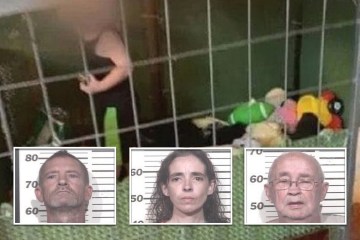 “I must admit there was very nearly a nasty accident when I realised it was a snake – and a big one at that.

“It was one of those occasions when you almost have to do a double-take to make sure that you weren’t imagining it.”

Ian’s neighbour who is used to handling snakes came to the animal’s rescue before storing it in a special reptile tank.

The snake is due to be taken to the RSPCA centre at Brent Knoll in Somerset.

In recent months the RSPCA has seen an upturn in abandoned snakes and lizards as the cost-of-living crisis leaves owners struggling to pay for heating and lighting specialist tanks.

This is not the first time a boa constrictor has caused trouble, last month a shopper’s pet snake went rogue “trying to steal mints” from a store in Liverpool.

In March this year, a horrified landlord discovered a humongous boa constrictor left behind by a ‘nightmare’ tenant.

Strava reveals the UK's most popular hikes, with Ben Nevis No.1 and the trail up Snowdon second 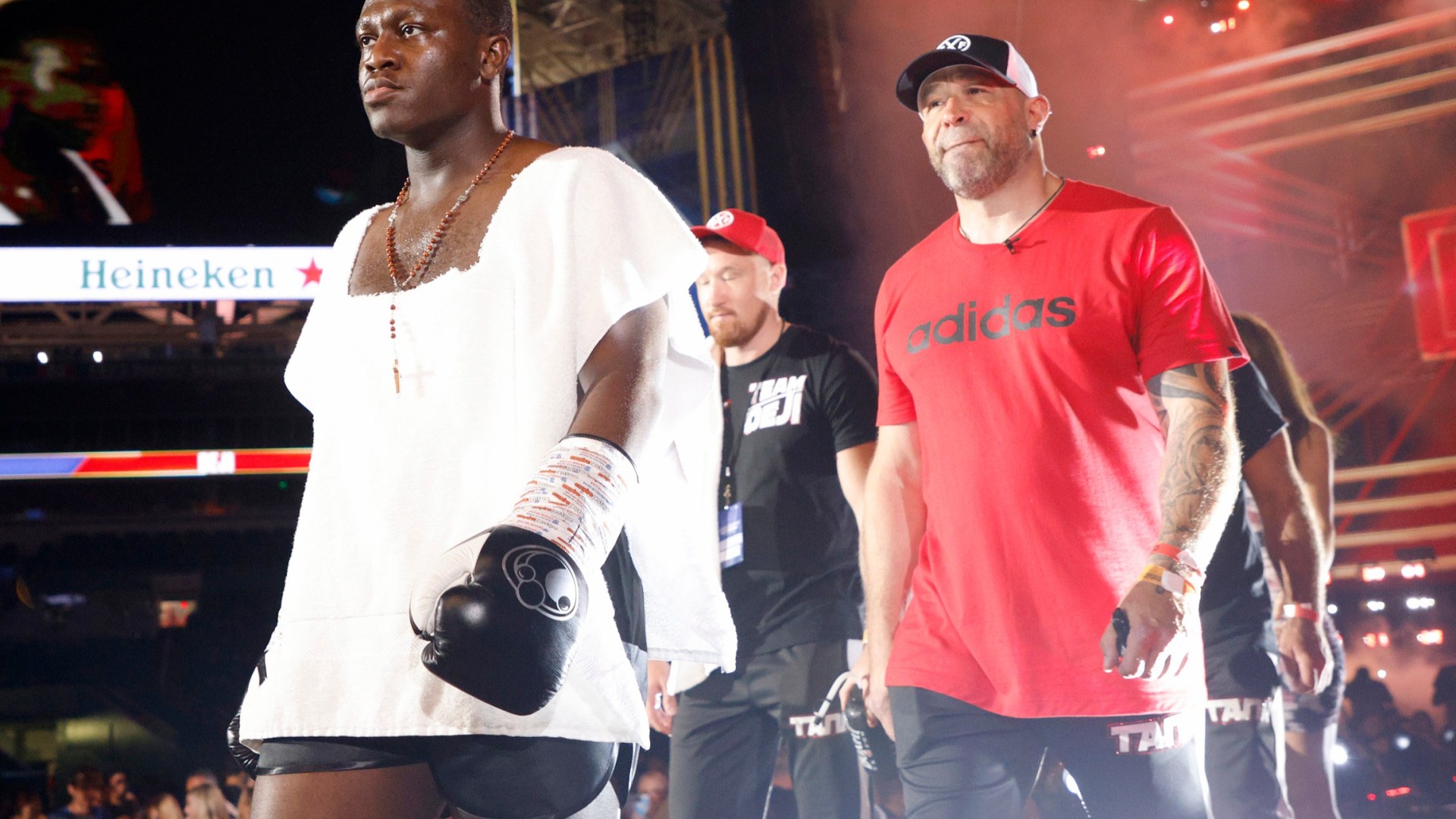