The searing satire of George Grosz. The dream-like figures of Edvard Munch. Revolutionary works by Picasso, Klee and Léger… all this is reason enough to jump on a plane to Berlin to catch the astonishing exhibition The Art of Society 1900-1945 at the Neue Nationalgalerie.

After closing for six years, this flagship museum is one of several major attractions in the German capital to have opened, virtually unnoticed, during the fallow years of lockdown.

The good news is this outstanding cavalcade of more than 250 paintings and sculptures, which highlights the powerful response of artists to two terrible wars, runs until July 2, 2023. Equally impressive is the gallery itself, a graceful hangar in black steel and glass designed by Ludwig Mies van der Rohe in 1968 and now brilliantly revived by British architect David Chipperfield.

Nigel Tisdall explores Berlin’s (pictured) art scene, and finds that the city has a sense of ‘openness and creative energy’

A more controversial opening is Humboldt Forum, a haughty baroque ensemble in the heart of the museum district that was conceived 20 years ago.

‘They probably wouldn’t build it now,’ a tour guide admits when I join an introductory tour of this repro Prussian palace that cost €680 million. The cultural colossus took eight years to build and entry to most exhibitions is free, including superb top-floor galleries devoted to Asian art that will be fully open from September 17.

If that sounds overwhelming, ride up to the roof terrace, where you can contemplate the domes, spires and tower blocks of a city that bears the scars of the 20th century like no other.

For an even better view, whizz up the Fernsehturm (Television Tower) in Alexanderplatz, which resembles a knitting needle piercing a ball of wool and was erected in 1969 as a homage to the Sputnik satellite. 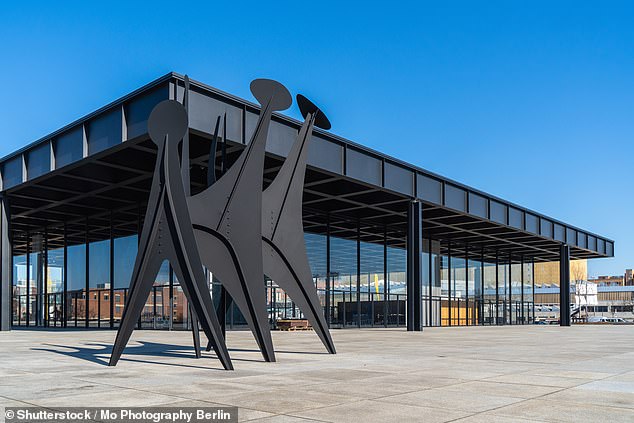 Pictured is the recently-reopened Neue Nationalgalerie, a museum housed in a ‘graceful’ building that has been ‘brilliantly revived by British architect David Chipperfield’

Children love the lifts that shoot up to 666 ft in 40 seconds, while the 360-degree panorama over this flat, sprawling metropolis flanking the River Spree reveals many surprises.

One is how wooded Berlin’s principal park, the Tiergarten, is, still clinging to its formative days as an aristocrats’ hunting ground. Another is the vast green swathe that is Tempelhofer Feld. More than twice the size of London’s Hyde Park and only a 20-minute U-Bahn ride from the city centre, this was an airport until 2008.

It is another of Berlin’s unsung wonders, with redundant runways that have become a playground for joggers, cyclists, dog-walkers and — most spectacularly — urban windsurfers who speed along the Tarmac on skateboards. 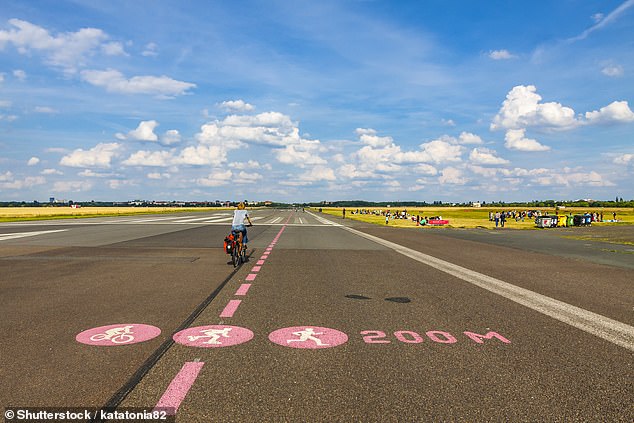 Above is Tempelhofer Feld, a park that was an airport until 2008. Nigel describes it as one of ‘Berlin’s unsung wonders’

Pre-pandemic, the monumental Art Deco terminal in its north-west corner attracted 70,000 visitors a year, keen to see one of the largest structures in the world built by the Nazis, with more than 7,000 rooms and imposing facades featuring stone eagles.

They started in 1936 and never finished, using the site for mass rallies, aircraft construction with forced labour, and as a prison and concentration camp.

Now it is once again open for guided tours that explain its eventful history, including a vital role in the Berlin Airlift of 1948-9 when up to a thousand military aircraft flew in and out daily.

Everything in Berlin feels huge but it is remarkably easy to get around by bus, tram and subway. There are no ticket barriers, just plain-clothes inspectors who mysteriously appear to check you’ve paid up.

Many visitors stay in the lively, graffiti-splattered Mitte district, where budget hotels such as Motel One Berlin-Hackescher Markt will do the job if you plan to spend most of your time sightseeing, dining in packed-out restaurants offering every cuisine from Israeli to Vietnamese, and plunging into the Bacchanalia that is Friday night.

For a quieter scene, head for the broad streets and grand apartment blocks of Prenzlauer Berg, which include Hotel Oderberger, public baths from 1902 that have been converted into a stunning, family-run hotel with a magnificent indoor pool. 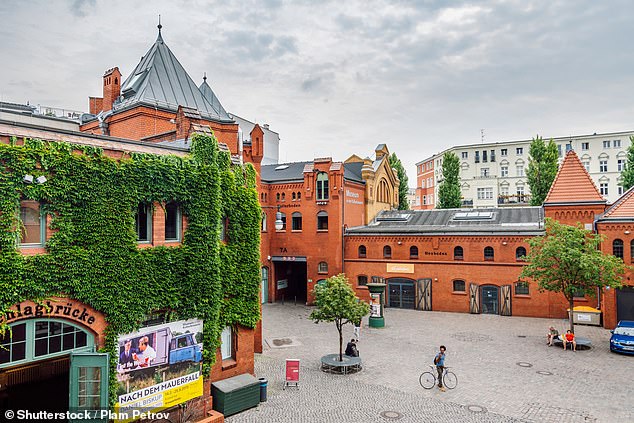 Its entrance features a delightful tableau of putti washing and drying themselves, while the 70 rooms are decorated with hooks, doors and tiles from the former changing rooms. This is also a good area to learn about the Berlin Wall that divided the city from 1961-89. The Gedenkstätte Berliner Mauer memorial trail outlines the physical reality of this brutal barrier while the free-entry Museum in der Kulturbrauerei recalls everyday life in the German Democratic Republic.

Moments of nostalgia, such as going on holiday in a lime-green Trabant adapted to take a tent on the roof, are tempered by shocking tales such as that of 19-year-old Baldur Haase, sent to prison for three years for having a copy of George Orwell’s Nineteen Eighty-Four.

Berlin is a much happier place now, with an openness and creative energy that is key to its popularity. In 1910, the art historian Karl Scheffler observed that it is a city which is ‘perpetually becoming and never being’. Go there to watch it change and it will probably change you, too.

Enjoy sniffing other people's body odour? You may have an unusually high SEX DRIVE, study finds 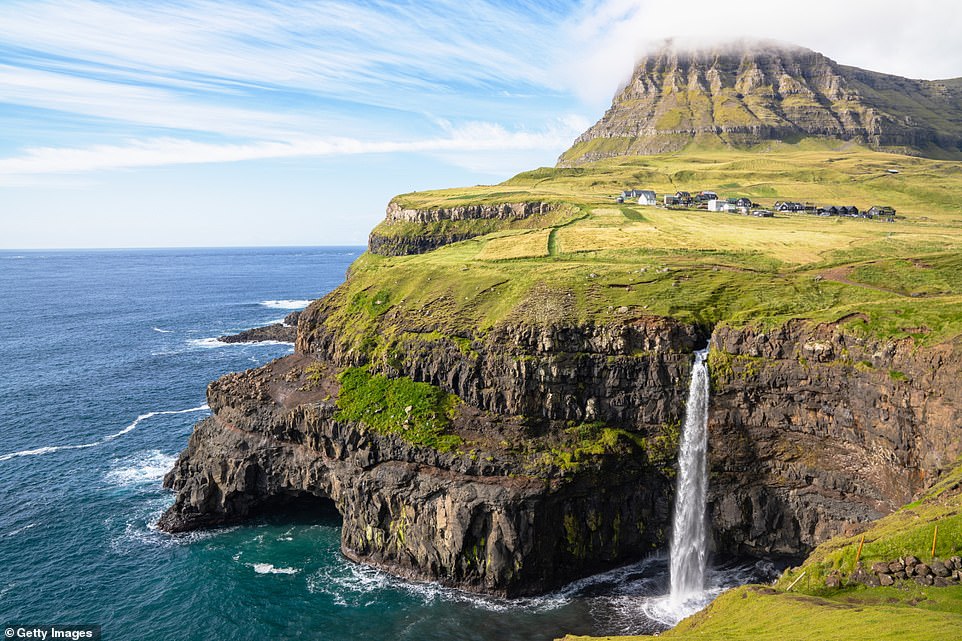